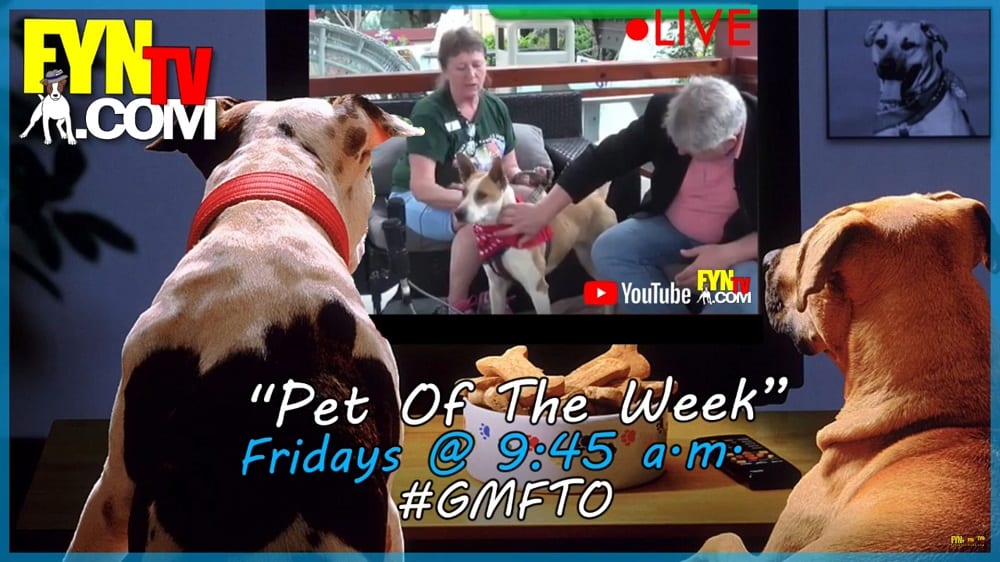 This Week we are joined by Tully. Tully is a roughly 6 months old lab mix. Tully Would make a great family dog, and would be especially great with kids. He is extremely gentle and would make a lovely addition to any home. If you’re interested in Tully or an of the other animals at the Humane Society contact them today!

The first thing you will notice about Lollipop is her beautiful fawn color coat and how it glistens in a sunbeam.  When Lollipop came to us a month ago, she had just given birth, had a mammary tumor and is heartworm positive.  She has now had her surgeries and is feeling much 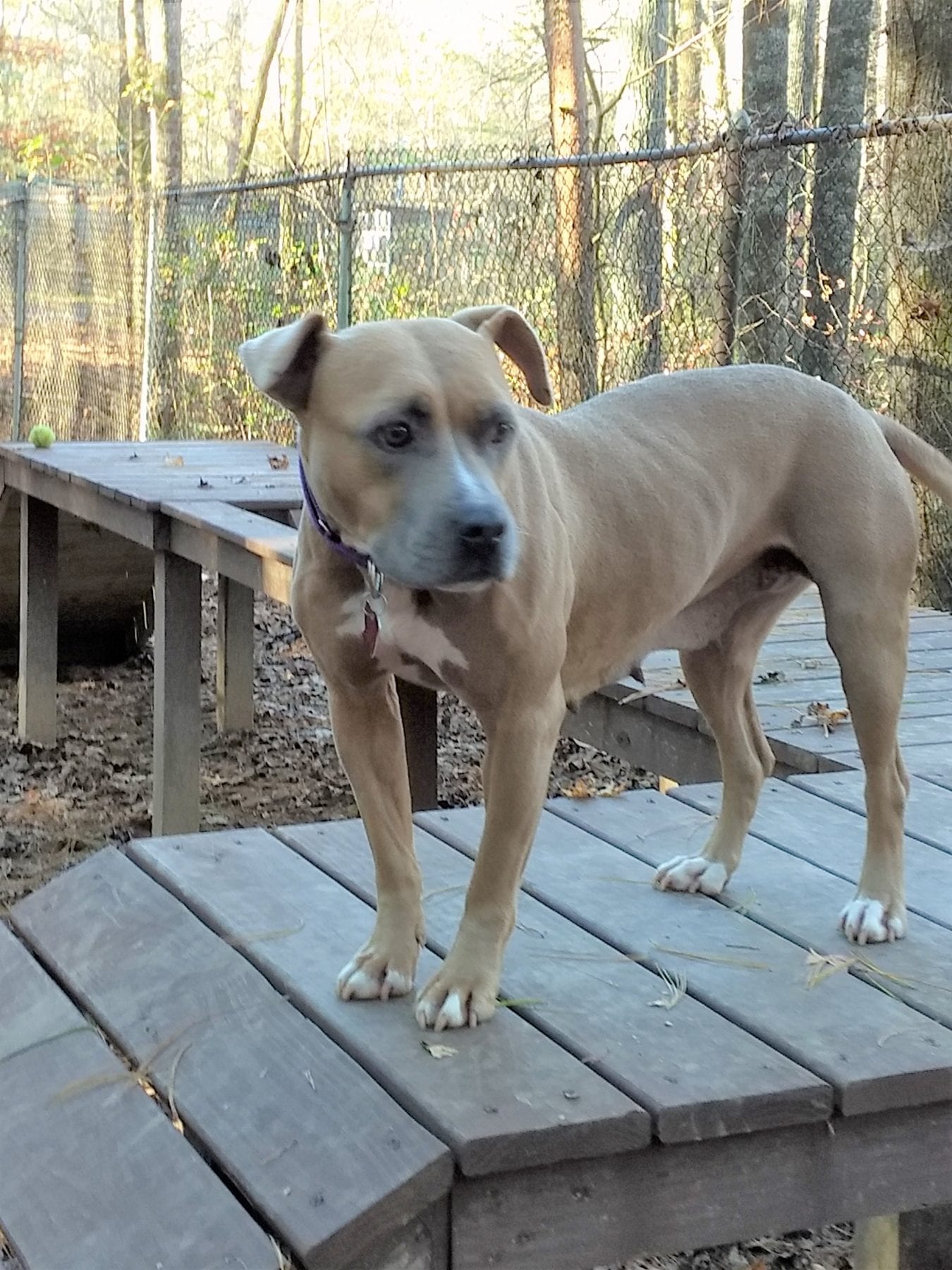 better.  She enjoys exercising in a fenced area and will show off her figure 8 zoomies.  HBPR will continue to pay for her HW treatment even after adoption.

Meet Butterfinger, a handsome 33 lb.,  8 month old who was rescued in a cruelty/neglect case with several other starving dogs.  At this time, he is still learning to 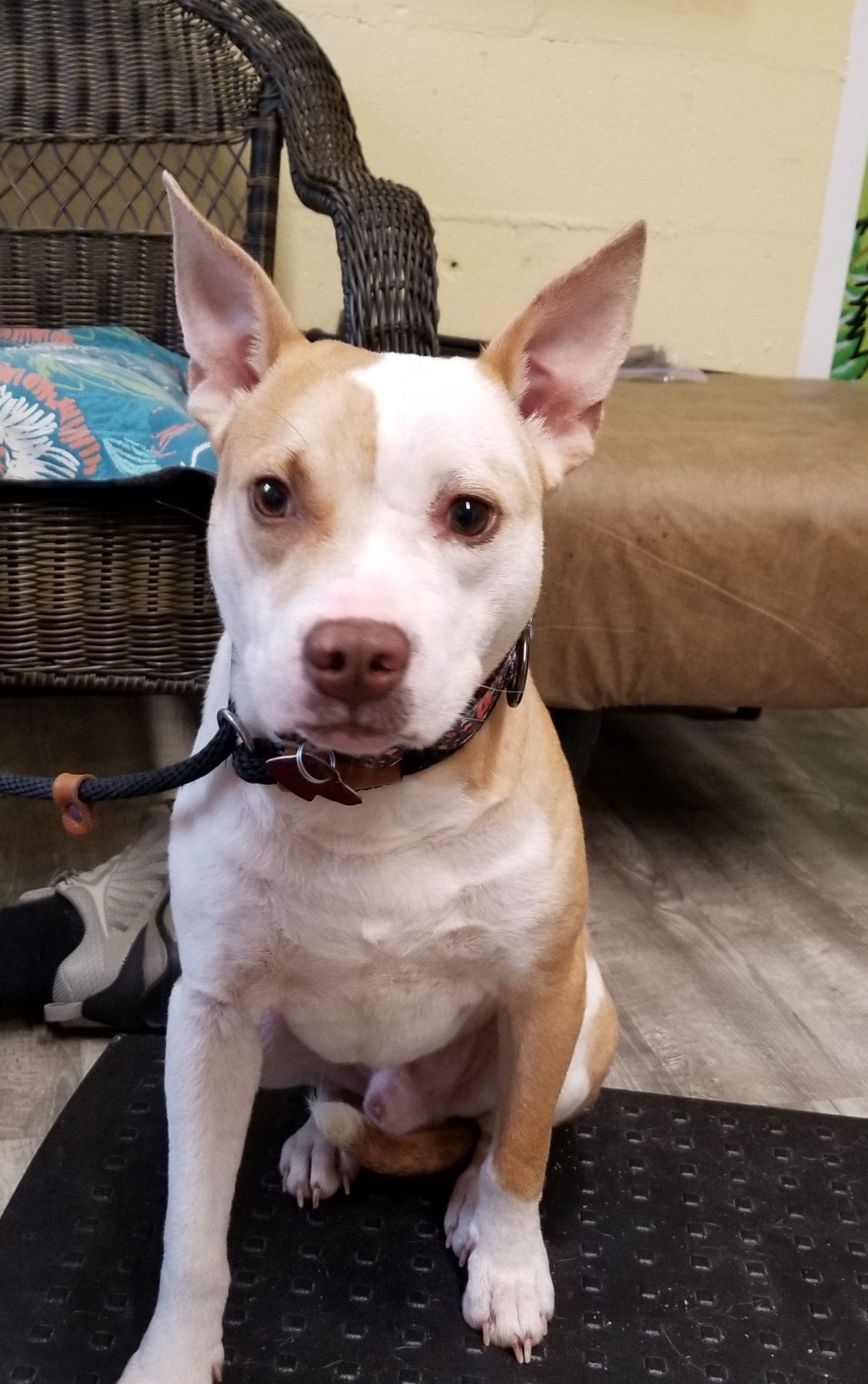 trust people and is improving with more of a waggy tail every day.  His shyness is endearing; no doubt, but we can’t wait until his real personality shines through and can smile!

Bailey is a 6-month-old mixed breed. Rena believes she may have pincher, dauschsand, or chihuahua in her. She is super fast and loves to run and play. She can also chill and watch a movie with you. She is around 8-10 lbs. and Rena thinks she will remain small. Bailey is very sweet and would make a great addition to any home. If you’re interested in Bailey or any of the older animals the humane society has to offer contact the humane society of Blue Ridge Today!

December & January Hours: Saturdays 11am-3pm. (We may be adding in Sundays, will announce if we do so)

Our Safari Drive Thru will also be open for the same hours as above.

Wolf Experience Saturdays by Reservation Only.  Meet 1- 2 of the wolves up close. Learn, experience and interact with some of the wolves at North Georgia Zoo. Assist with training and enjoy taking photos!

Safari Santa: Every Saturday in December- by Reservation Only $10 per child+Safari Drive Thru Admission. (only available at the Safari Park Drive Thru) Reserve your visit with Safari Santa! Comes with cookies, milk, candy cane hunt and an animal guest experience!

Winter Break Fun December 19th- January 6th Experience the zoo in the winter! Bundle up the family and enjoy a day out at the zoo or head over to our Safari Drive Thru.

Tree Toss December 26th-January 6th from 11-3pm Curious about what the animals do with their recycled trees? Come join us and see for yourself! They love dragging them, eating them, rubbing on them, tearing them up, and much more! Great Fun and Enrichment for both animal and human kind!

Say “Hello!” to Ryder, a 4-5 year old, 48 lb. Sharpei mix.  If you’re looking for a well behaved snuggle pup, please consider this guy.  He enjoys going for walks, love people, does fine with other dogs, and house trained.  Ryder doesn’t bark, he “trills” when he’s excited.  He is 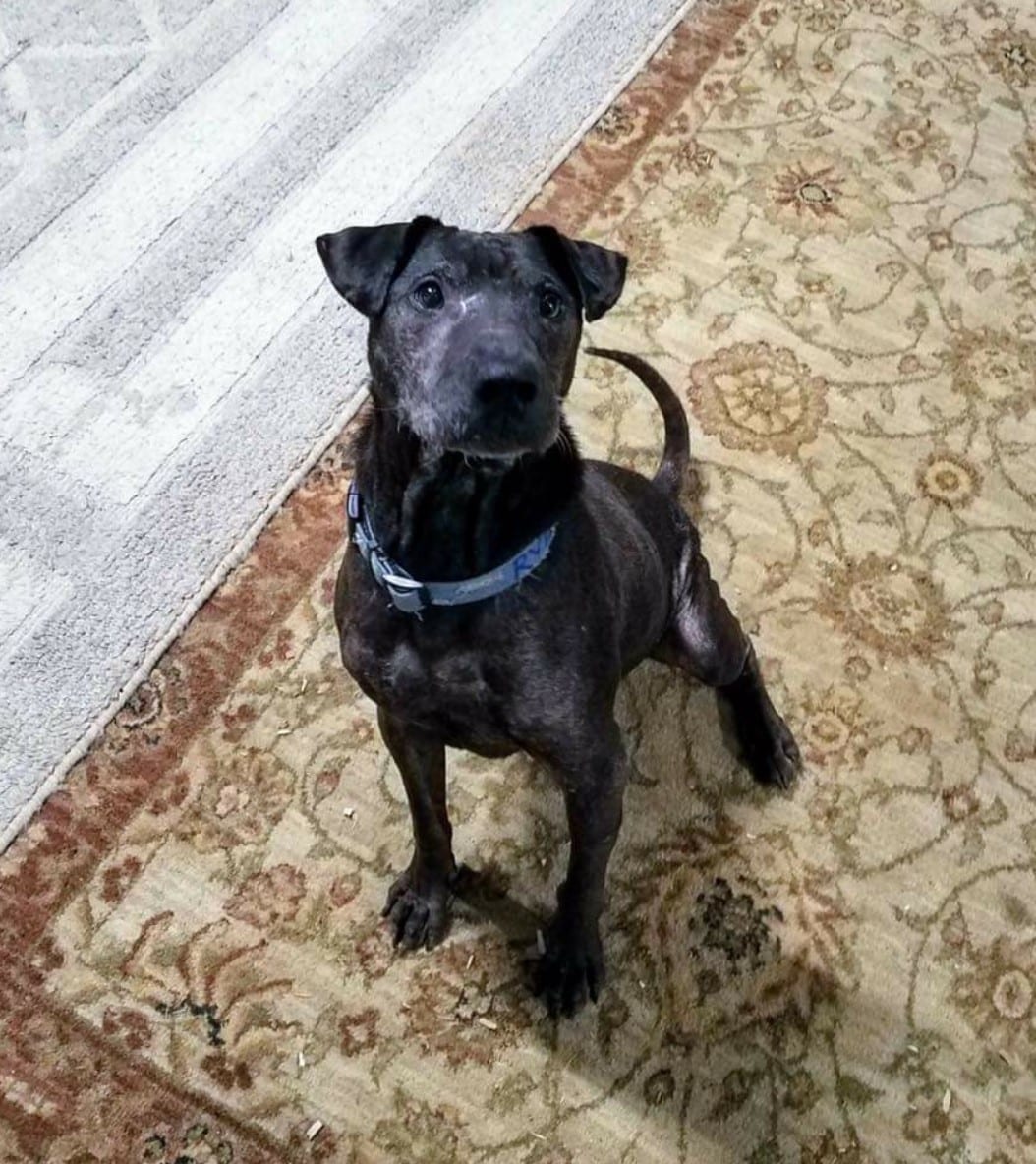 This week we are joined by Niko! Niko has been at the humane society 2 of the 4 years of his life. He is an extremely sweet companion dog. He loves to go on walks and riding in the car. He would make a great family dog or a companion for a truck driver. If you’re interested in Niko Contact the Humane Society of Blue Ridge today! 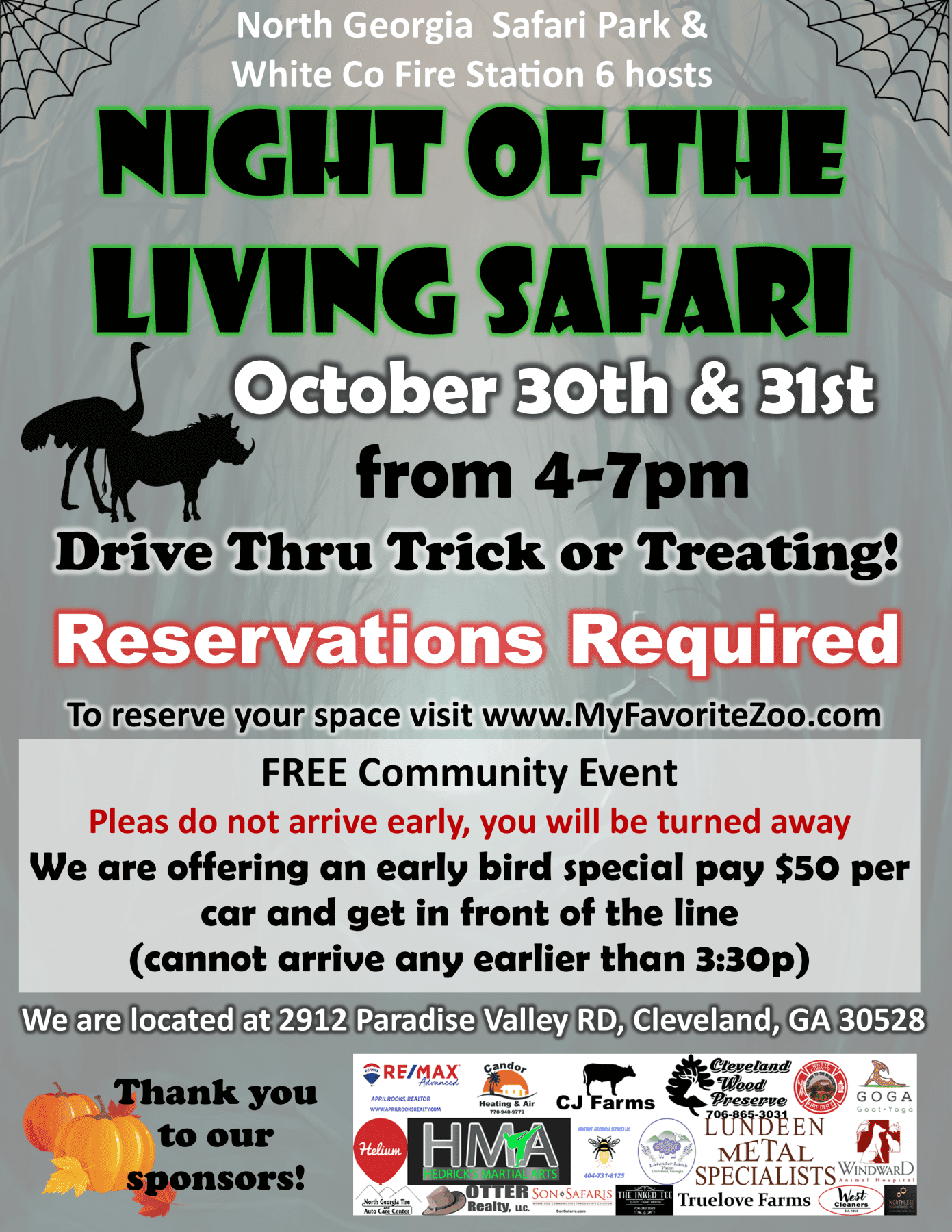 As a way of saying “Thank You” to their community and supporters, the North Georgia Safari Park and White County Fire Station #6 are co-hosting the “Night of the Living Safari”, a drive-thru trick or treat experience. The event will take place Friday and Saturday, October 30th and 31st, 4:00pm-7:00pm. Here’s the best part – it’s FREE!

You will experience dozens of exotic animals as you drive through the Safari Park – zebra, camels, water buffalo, bison, wart hogs and more.  In addition, you’ll receive treats from costumed staff and volunteers along the way. It’s a fun, COVID-safe and unique way to experience Halloween.

Due to anticipated crowds, reservations are required. This will make for a better experience for all guests. Reservations may be made online at https://www.northgeorgiazoo.com/night-of-the-living-safari.html

This free event is possible due to the generosity of many individuals and businesses that are helping sponsor the event.

Donations to the park are appreciated. These will be used to help the park continue to care for and feed the animals during this COVID season.

So put on your costume, get your trick or treat bag, and join the fun at Night of the Living Safari! North Georgia Safari Park is located at 2912 Paradise Valley Road, Cleveland, GA. Visit their website at www.myfavoritezoo.com for more information. 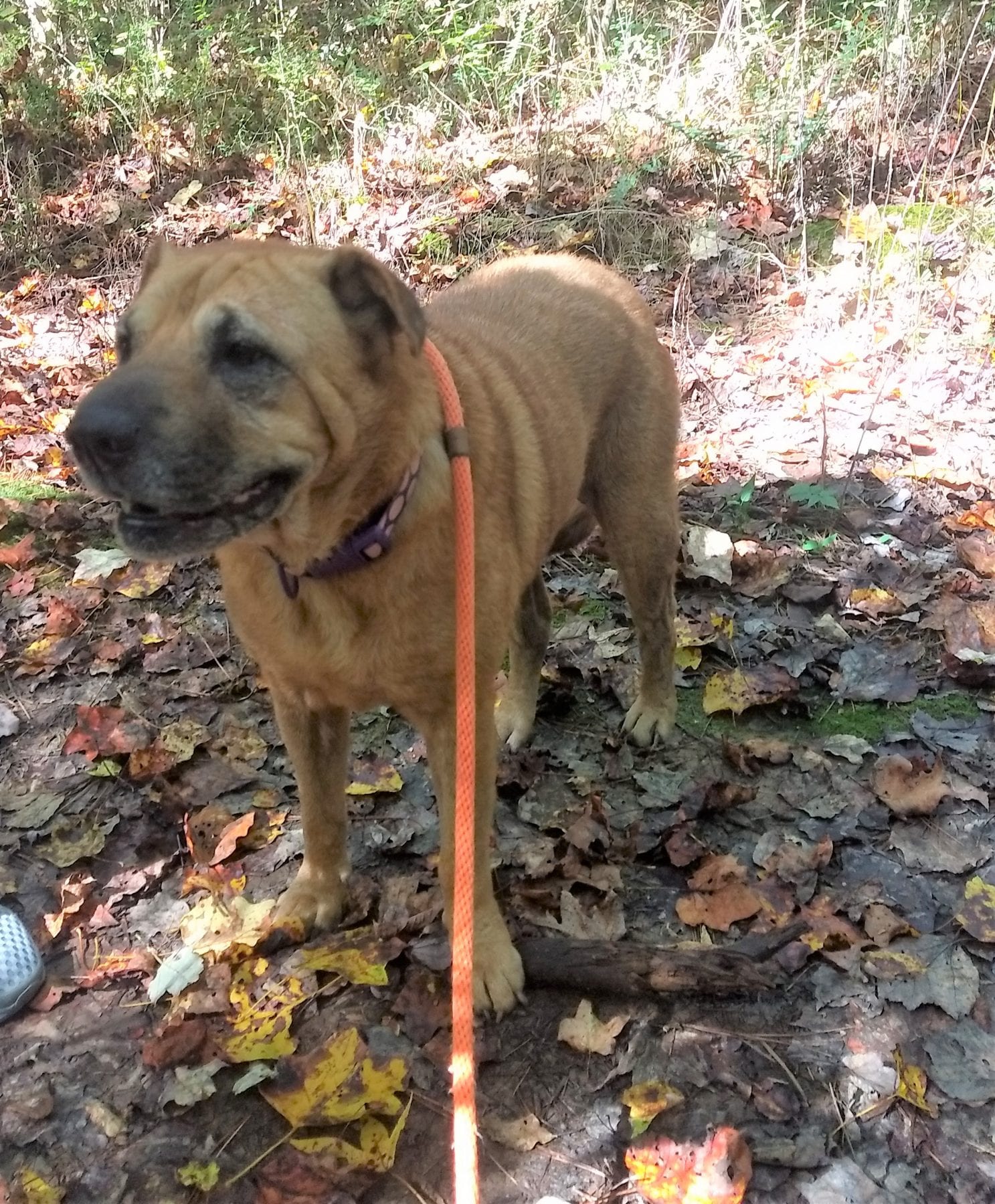 Stormy is smiling and learning to trust again!  She has been rescued from the storm and is waiting for someone to say, “That’s my girl!” and provide a forever home.  Stormy is a 50 lb. 7 or 8 year old Sharpei mix.  She is house trained, gentle on a leash and her former foster mom said she is a wonderful snuggler.

This week, we are joined by Agnes! Agnes is around four months old and has spent the first four months of her life outside. She is an extremely happy and energetic lab mix. She has the puppy energy and will need some training, but will bring some spice to any home! Once She is comfortable in her forever home, she will begin to calm down! Agnes would be great for a family with an active lifestyle, so if you like to hike and go on adventures, Agnes would make an amazing addition to your home! If you’re interested in meeting Aggie or any of the other fury friends the humane society has to offer contact them today! 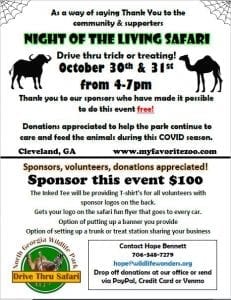 This week we are joined by the playful, social Ariel! Ariel is about 9-10 months old and was returned for chewing. Ariel is a social loving dog looking for her forever home.

This week Nikko joins us yet again in search of a forever home! Nikko is a playful loving one dog family dog. He loves to ride and play. Help us get Nikko his forever home and set up an appointment to meet him at the Blue Ridge Humane Society. 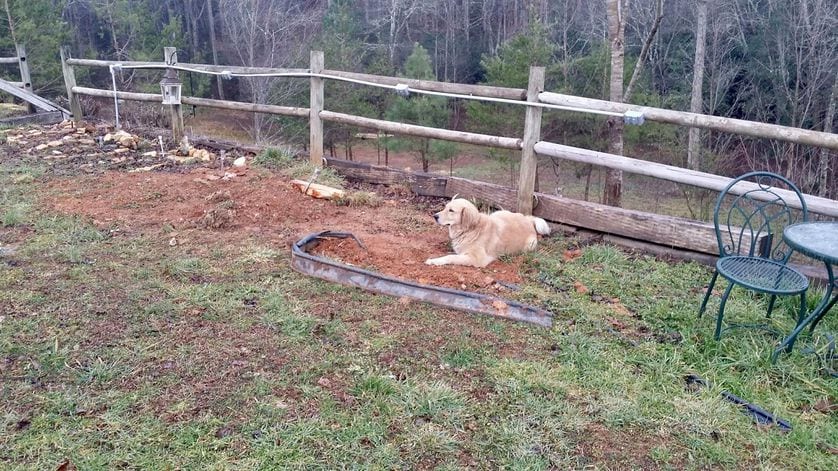 Lester Aradi, a retired police chief, along with his wife Diane, makes sure no one lets them down again.

The refuge for special needs animals they founded in Georgia’s Blue Ridge mountains is a bustling 35-acre beacon of new beginnings.

But there are endings here, too.

When they pass, the animals are buried on a slight hillside overlooking the pastures. Graves for dogs are lined up in a row. Burials for bigger animals — horses, llamas, alpacas — are marked with a fruit tree. Lester and Diane see it as a symbol of the circle of life.

“We just try to honor them that way,” Lester tells MNN. 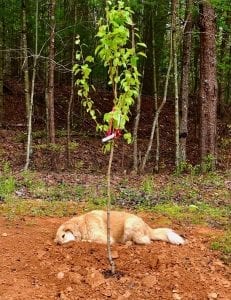 But the most obvious marker for a fresh grave will be a 3-legged golden retriever named Tricycle. When an animal dies, he mourns them — sometimes for as long as three days — by stretching across the grave.

Recently, he’s been spending his time at Vixen’s grave.

“We lost Vixen,” Aradi explains to MNN. “She was an older girl. An alpaca. Within an hour of her dying, we had a neighbor come with a backhoe and dug the grave.”

They planted the customary fruit tree.

Not long after that, Lester went out to feed the llamas. He gazed towards the hillside and, sure enough, “there’s Tricycle laying on Vixen’s grave.”

“I don’t know if he can sense it, smell it, or whatever, But I think he was grieving. That was his way of saying goodbye.”

And Tricycle has said it many times before. The first time was back when his friend Major died. A St. Bernard-mastiff mix, Major arrived at the farm nearly broken.

“He was brought here with back issues. He was abused. He couldn’t walk any more.”

“When Major died, we buried him here on the farm,” Lester says. “Tricycle went over and laid on his grave for about three days. He would come into the house. But every time he was outside, he would go to his grave and lay on it.” 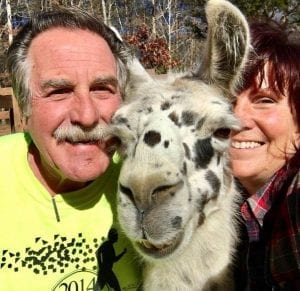 Lester and Diane Aradi have given countless animals a second chance in life, including Carrie the alpaca. (Photo: Horse Creek Stable Rescue Sanctuary)

Lester posted a picture of Tricycle mourning Major on Horse Creek Stable’s Facebook page back in 2017. Not long after that, a dog rescue group got in touch with him. They loved the photo. They thought maybe Lester and Diane could take in another three-legged dog who could really use a second chance in life.

And so, Romeo arrived at the farm. Naturally, Tricycle bonded with his new friend — a golden retriever just like him. 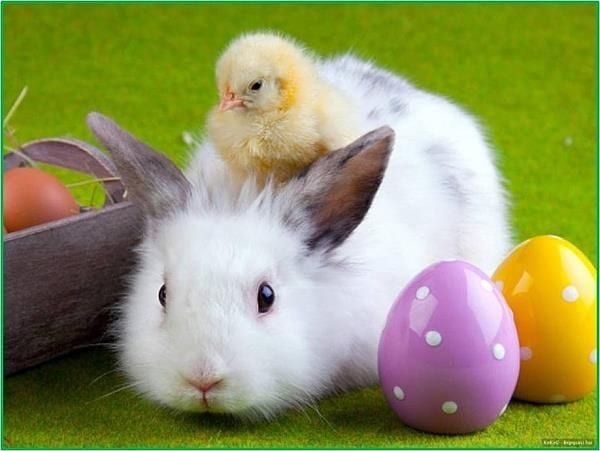 “Chocolate contains a naturally occurring stimulant called theobromine, which is similar to caffeine.  If enough theobromine is ingested it can be toxic to dogs and cats,” said Dr. Sarah Nold, staff veterinarian at Trupanion.

Last year, in the month of April, Trupanion paid $31,757 in claims related to chocolate, flowers, jewelry, and other foreign body ingestions. This includes the fun-loving Labrador retriever who couldn’t resist the big bowl of chocolate and jelly beans he stumbled upon. After an emergency room visit and a $3,000 bill (covered by their Trupanion policy) the dog left the veterinary hospital a happy camper and was safe at home in time for Easter Sunday.

Easter lilies are bright, beautiful, and a staple floral decoration in the springtime. However, lilies are incredibly dangerous to our feline friends. In fact, lily toxicity is one of Trupanion’s most common and one of the most expensive toxicity claims, with an average claim cost of $830.

The toxins impact the kidneys and often cause symptoms like vomiting, drooling, lethargy, and appetite loss. Cats can develop tremors or go into seizures, and ingesting even a small piece of a lily plant can lead to kidney failure and death. Every part of the lily plant is toxic and cats can get sick even by licking pollen off their fur or drinking lily vase water.

There are plenty of other options for those who want to bring some fresh flowers and plants into their cat-friendly home this spring. Look for some cat-safe flowers like roses, snapdragons, gerbera daisies, sunflowers, or zinnias. Many herbs—like catnip—and ferns are also safe for pets and can help freshen the house and keep things green. 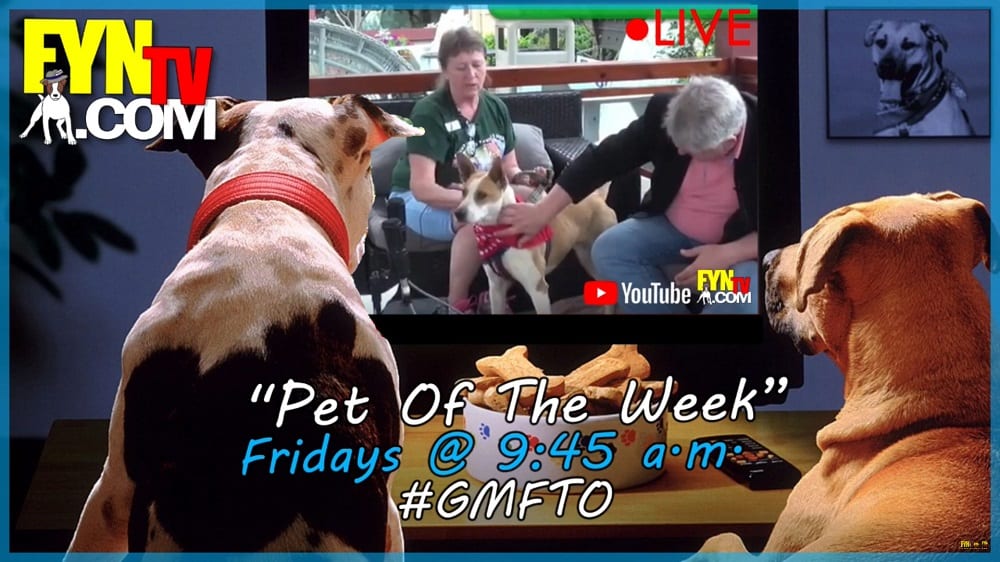 Rena brings the sister of Ana, a previous Pet of the Week. She is a high energy dog perfect for an active family or kids learning to take care of an animal. She can keep up with the youngest and hunker down on a rainy day to brighten up your world.