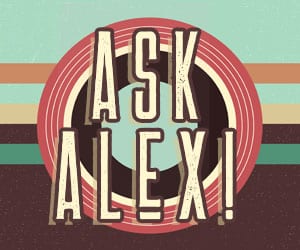 I’ve been dating my current boyfriend for a couple of months and recently found out that one of his best friends is also his ex. They dated for 2 years and broke up about a year before him and I got together. I’ve met her several times but didn’t know at the time that she was his ex. Now I feel uncomfortable with their relationship. What should I do?

That would make most people uncomfortable but it’s not necessarily the devastating conclusion that most would jump to in their minds. I know the thoughts that you probably having. What if he decides he wants to get back with her? They seem like they get along better than we do. And so on. This situation would make even the most secure question and compare.

With that being said, there are a few things that you need to pause and consider before being uncomfortable. First, he has introduced you to her and it sounds like on several occasions. I’m also assuming that before finding out their past, you were ok with her being his best friend.

This probably means that you didn’t pick up on any threatening vibes from her and that she made you feel welcome or at least comfortable. This is a good thing! She doesn’t appear to be stuck on him as far as an emotional attachment from their relationship and doesn’t seem to be trying to win him back.

Also, consider the length of time since they broke up. It’s been a year which means that probably one, if not both have dated other people in that time, meaning you more than likely are not the first new significant other since their relationship’s end. If her being around didn’t break up these new relationships for them, then it is unlikely that her presence will break up yours.

Talk to him. Find out more about their past and how they are able to be such good friends now. You might gain some insight into an event that puts things in better perspective for you.

And of course if it still makes you uncomfortable, you don’t have to stay. You have the option of leaving at any point. For now though I would push aside your insecurities and take a step back to see if what you’re feeling is warranted.

You can check out more of Alex’s advice by clicking here : Ask Alex : My Dad’s Young Girlfriend

If you enjoy reading Alex’s advice, send in your questions or situations to [email protected] Each week, Alex will answer a new question or provide some friendly advice on issues we deal with every day. Whether it’s serious, fun, interesting, or you’re just stuck, send in your questions to Ask Alex for a little bit of outside perspective on life.