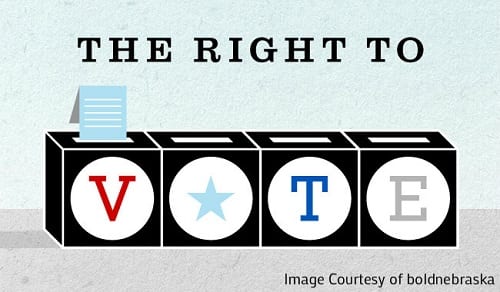 It’s a slogan, a marketing tool, a sticker, and a meaningful statement. Voting is a key right in our nation. We just recently celebrated Memorial Day, a holiday about sacrifice and the rights and freedoms that people fought and died for.

It is a right that we celebrate, it is something people are proud of and you can see countless posts on Social Media for people proclaiming that they exercised this right. A recent article from Georgia’s own Secretary of State website said that over a million people have voted. “Georgia voters have cast over 1 million ballots with less than one week to go until the June 9 statewide elections. Even as COVID-19 has complicated elections in other states, the office of the Secretary of State and local elections officials have maintained numerous different avenues for Georgia voters to exercise their right to vote.”

From local officials to state and federal representatives, the call is heard. Yet, many miss this time. Many don’t really think about it. They think of November and major elections. They think of the big offices and major debates.

We tend to forget the minor offices. Counties like Gilmer, Pickens, Towns, Murray, these counties, and many others, they may not always have partisan elections. Counties will often have offices with four or five candidates all claiming the same political party. Those elections never make it to November. They never make it to the big election days.

Tuesday, June 9, 2020, is one of those days. Those lesser-known and lesser-utilized election days that you make a real, obvious choice for your county, or your city. Yes, vote for who you want as president, but remember that a mayor or a commissioner, those offices are like presidents of the city or of the county. Elections for Judges are real decisions that you make for real people in your community. What is that decision going to mean? What outcome will it affect?

In this election, voters can and will make final decisions for offices. No runoffs, no main elections, because they don’t have anyone to challenge them from other parties.

That is why you hear the call of politicians and citizens, “Go out and vote!” Sure they want you to vote for them. But the beauty is the actual truth… It is your choice.