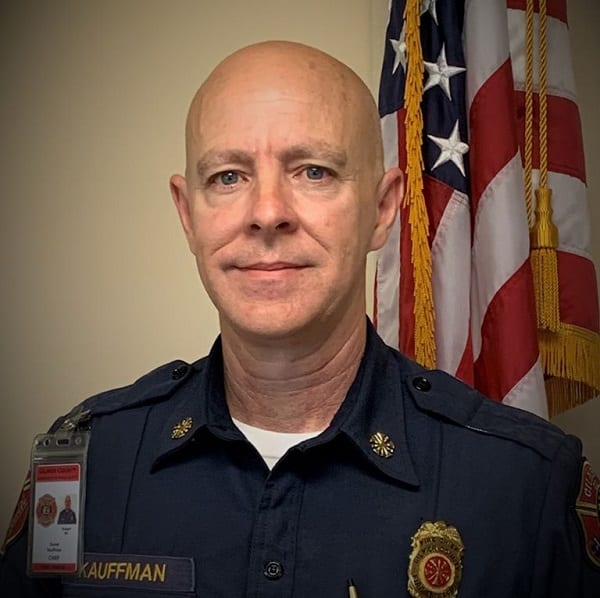 We are beginning a series of posts to become “up close and personal” with some of the finest men and women in the Fire Service – the personnel of Gilmer County Fire and Rescue. Today we’re proud to visit with our outstanding Fire Chief, Daniel Kauffman…

“My fire service career started soon after completing high school in Auburndale, Florida. I attended the Florida State Fire College in Ocala, Florida for my firefighter compliance, and the College of Central Florida Emergency Medical Technician program. I volunteered briefly with the South Marion Fire Department before gaining full time employment with Marion County Fire Rescue in 1988. Throughout that 30 year career I have served in the positions of firefighter, Lieutenant, Captain, District Captain, Battalion Chief (Safety Officer), and Battalion Chief (Shift Commander). I was also active in Special Operations, serving as the Hazardous Material Response Team Commander. I had a front row seat to rapid growth and I was able to be an active part of positive progression from a BLS department to an ALS department and eventually ALS patient transport. The career of a firefighter is that of a life-long student, always perfecting their craft. Over the years I have found the positive affect of continuing education not only on my fire service career, but also in my daily life. The completion of an Environmental Science, Fire Science, and Human Resource Management degrees better prepared me for the position of Fire Chief with Gilmer County Fire Rescue. Likewise, I would support and encourage all of our employees to continue their education and professional development.

“When the position of Fire Chief became available in Gilmer County, we were pleasantly surprised. Gilmer County Fire Rescue was one of the few places that could have brought me out of my 9 month retirement. While I really did not plan to start a second career in the fire service, I really feel that God opened a door here for us in Gilmer County. Our family had been vacationing in Ellijay since 2005 and loved the area with all the activities it presented. My wife Stephanie and our blended family of three girls (London, Hannah, and Neve) would make many trips from Florida during school breaks to enjoy the outdoor activities. Now that we are full time residents of Gilmer County, we usually can be found spending our weekends hiking with our rescue dog, Piper, who came from Homeward Bound Pet Rescue. We have recently purchased an RV and plan to venture outside of Gilmer County to see what else the beautiful North Georgia mountains have to offer. Our fresh start here has been met with new friends and great coworkers. The opportunity to work and play in an area we love has been such a blessing and we look forward to what our future holds here in Gilmer County.” 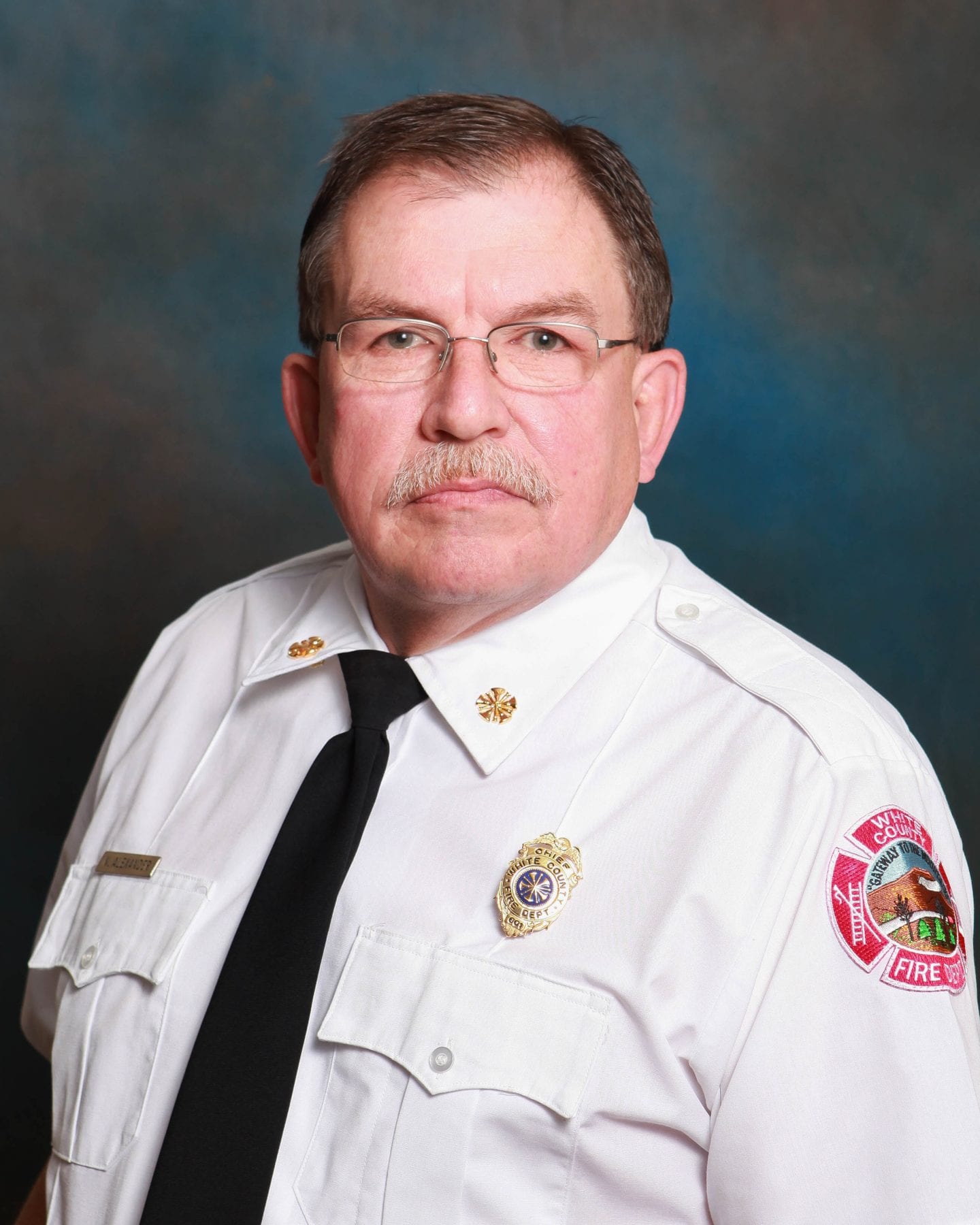 WHITE COUNTY, Ga. — On Monday, White County Fire Services ceremonially honored long time employees and promoted a senior employee to the rank of Chief. This week Chief Norman Alexander will retire after 15 years with White County as an employee. Chief Alexander served prior to his employment as a volunteer firefighter.

“It has been an honor to serve with Norman, a humble man with solid integrity, and professionalism. He is a good friend and I will certainly miss him being part of our team,” said David Murphy, Director of Public Safety.
Norman began his career in August of 2005 as the Assistant Fire Chief. He was promoted to Chief during the consolidation of Emergency Services in White
County.

Prior to his service in White, he retired from Hall County serving faithfully for many years. “Norman is a legend in the North Georgia Fire Service, I say that will all due respect. He is well known, has great connections, and highly respected. He serves his personnel, and leads with passion,” said Murphy.

Another long-term employee retiring is Firefighter/Admin Ana Newberry. Ana has served for seventeen years, under three Fire Chief’s. That tells you a lot about her abilities! “She is the glue that has held the department together,” states Murphy, “She certainly keeps us all in line, and makes sure we are following all requirements to keep our department in compliance and within standards.”

Ana has served in several capacities to include Public Information Officer, training, and safety officer. She has been recognized as well this week by career and volunteers throughout the county.

As the fire department continues to grow and move forward, with the foundations laid by Chief Alexander, and prior Chief’s, the selection of a new Chief was very important.

“Chief Alexander recommended to myself and the County Manager several months ago, Lt. Seth Weaver.” Says Murphy, “Seth has been with the
department since 2014 and has served in a variety of capacities. He was promoted to Assistant Chief several months ago to train directly with Chief Alexander. I’m excited about the future, and he certainly has the foundation to continue to build upon.”

Chief Weaver was ceremonially pinned as the new Chief at 2 p.m. Monday in the County EOC, with peers, family and elected officials in attendance while
maintaining our social distancing.