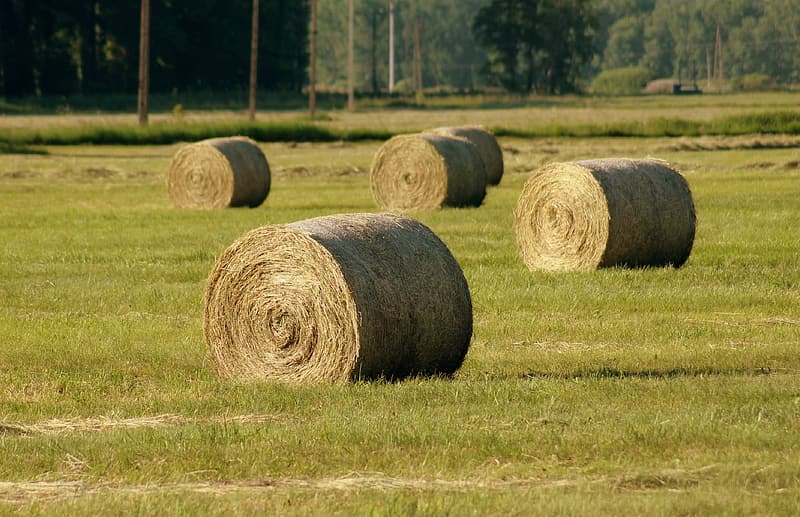 Feeding hay that is poor quality can lead to an impaction in the animal’s stomach. Essentially, what happens is that the hay fed to cattle has a lot of fiber in it. Lots of fiber in hay without nutrition means that the cattle can’t properly digest the forage. Cattle will eat enough forage to be full, but all that indigestible forage creates an impaction in their rumen. The effects of cattle eating low quality hay and getting an impaction can range from calving issues, to diarrhea, to weight loss, and even dying. 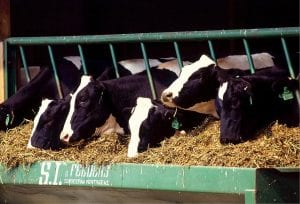 When cattle start to die because of poor quality hay, usually you will have at least a few cattle go down. Forage quality issues can be made worse if they are combined with supplements that stimulate forage intake, because then cattle are eating more of the low quality hay. The best treatment for low quality forage is to know ahead of time about the quality of your hay. The only way that you can do that is through hay testing.

Body Condition Scoring (BCS…not referring to college football) also shows how important hay quality is. BCS is an index that measures the health of the animal based on how fleshy or boney the animal is. The scale ranges from 1-9. A one is a severely emaciated cow. Bones in the shoulders, back, and ribs are clearly visible. A BCS of one is rarely seen in the field. A BCS of nine is a very obese animal and its mobility is impaired by excessive fat. This score is also rarely seen in the field. In cows, you ideally want a BCS of five to be maintained for calving. If BCS drops to a four then your calving interval will increase. Typically a BCS of five will give you conception rates of >85% and calving every 360-370 days. A BCS of four or lower means calving will be >380 days. Cows will require high quality forage for about 70 days to go from a BCS of 4 to 5.

UGA Extension labs can do hay testing, and we have three main tests for hay. The basic one costs $15 and will tell the moisture, fiber, crude protein, lignin, total digestible nutrients, and give you a relative forage quality (RFQ). The RFQ is an index that will give you a number to give you a reference on the quality of your hay. Dry cows do not need as high of an RFQ compared to gestating cows, or cows with a calf that they are feeding. Above the basic test is a $20 test that is the basic test + nitrates. Above that is a $40 test that is basic + nitrates + minerals.

A single hay test can cover an entire hay lot. A hay lot would be all the hay from a particular field at the same cutting. I have a hay probe in my office and I would be happy to come out and collect the hay sample for you. Once we’ve processed a hay sample, I can help you come up with a balanced ration to get you through the hay feeding months. If you think you have some good quality hay let me know, and we can submit a sample to the Southeastern Hay Contest.

If you have questions about hay testing contact your County Extension Office or email me at Jacob.Williams@uga.edu.