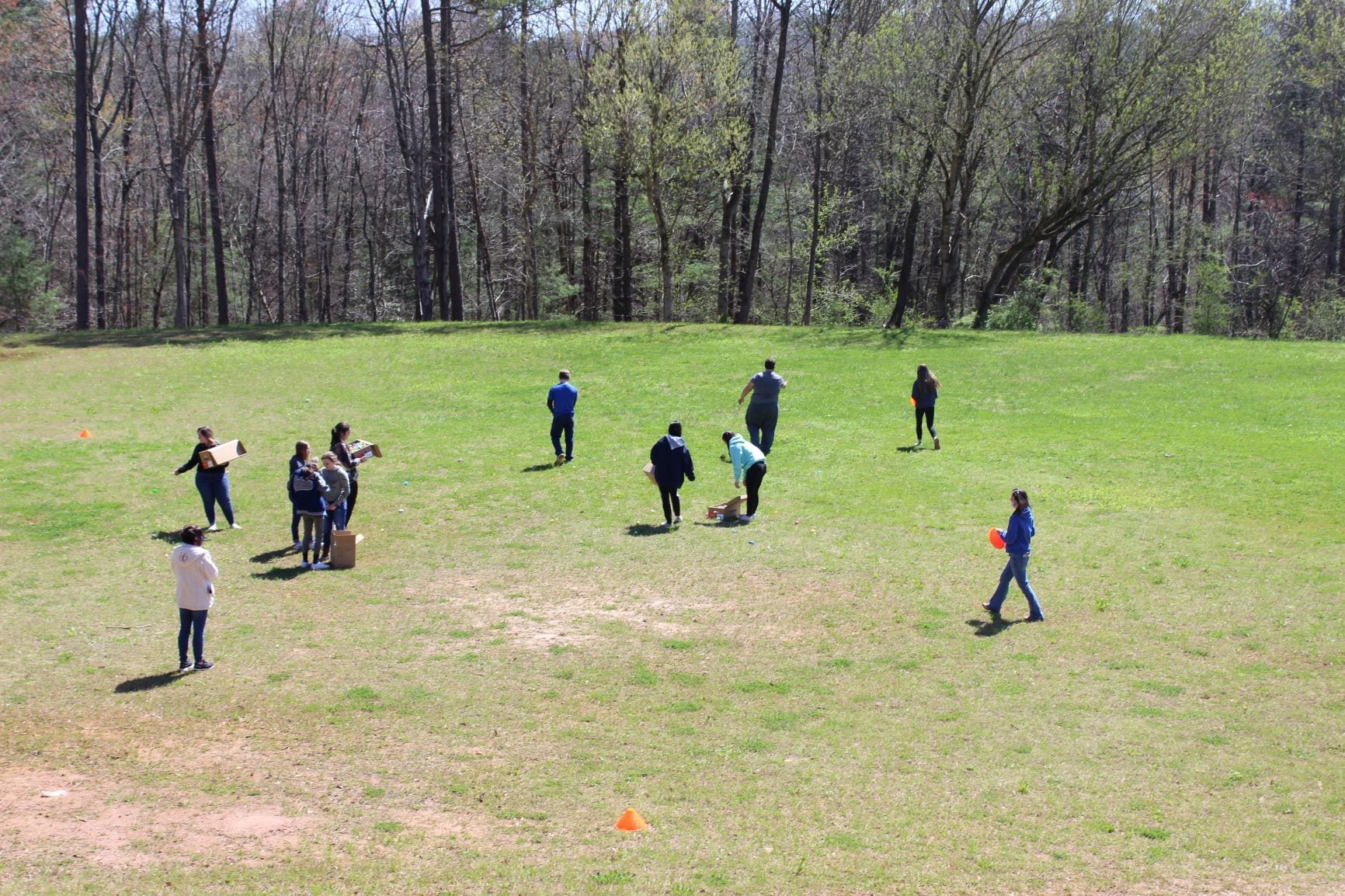 It’s the first year the Key Club hosted the event for elementary students. Key Club Vice President Mackenzie Chastain assisted to organize the event and hopes to continue it next year.

Pre-k through Third Grade students at Blue Ridge, East, and West Fannin Elementary all scrambled for surprised filled eggs. Squeals of excitement and delight could be heard across the fields as children hurried to grab eggs before their classmates.

At East Fannin, Key Club students set up three fields littered with the eggs. Each grade level had a designated field to run through. In second grade, one boy triumphantly raised his hand high in the air after snatching an egg.

The plastic Easter items contained candy, stickers, or toys. The Kiwanis Club donated 2,000 eggs to the Key Club who raised funds for the event. Most of the monetary donations were made by parents, but at least one individual donated $250. The Key Club also spent $200 of its own money to make the Easter Egg Hunt a success.

Easter Egg Hunts can be traced back to Germany. Some scholars advocate that Martin Luther created egg hunts for his congregation. Men would hide eggs from women and children.

Of course, the symbolism surrounding eggs is rooted in paganism. They believed eggs represented spring and new life.

Back to the egg hunts, Germany also started the tradition that an Easter Hare hid the eggs.

England truly grew the practice when Queen Victoria continued her favorite childhood activity with her many children. At first, the eggs were all hardboiled and decorated with natural dyes. By 1850 artificial eggs began to rise in popularity, and the Queen wrote in her diary in 1863 that Baby Beatrice loved the doll she found in her large Easter Egg.

Since then, Easter Egg Hunts have become a staple of Western culture to help children celebrate spring.