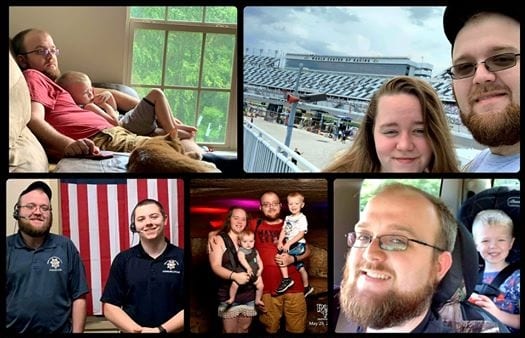 This week, we would like to introduce you to Communications Officer Chris Prince. Prince has been employed with GCSO for 3.5 years as a Dispatcher in the 911 Center since day one.

Chris is a 2013 graduate of Copper Basin High School in Copperhill, Tennessee. His very first job was working at O’Reilly Auto Parts as a Parts Salesman.

Chris says his hobbies are spending time with his wife and children, hunting, fishing, and watching Nascar. He listed “anything BBQ” as his favorite food, “Remember the Titans” and/or “Days of Thunder” as his favorite movies, and said that Gatlinburg, Tennessee is his favorite place to vacation.

When asked what is one thing most people don’t know about him, he said he actually “writes amatuer sports articles for fun for a website called ‘Belly Up Sports.'”

Chris lists “the people I work with and helping the community” as his favorite part of his job here at GCSO.

Thanks for the difficult job you do for GCSO and Gilmer County citizens, Chris!