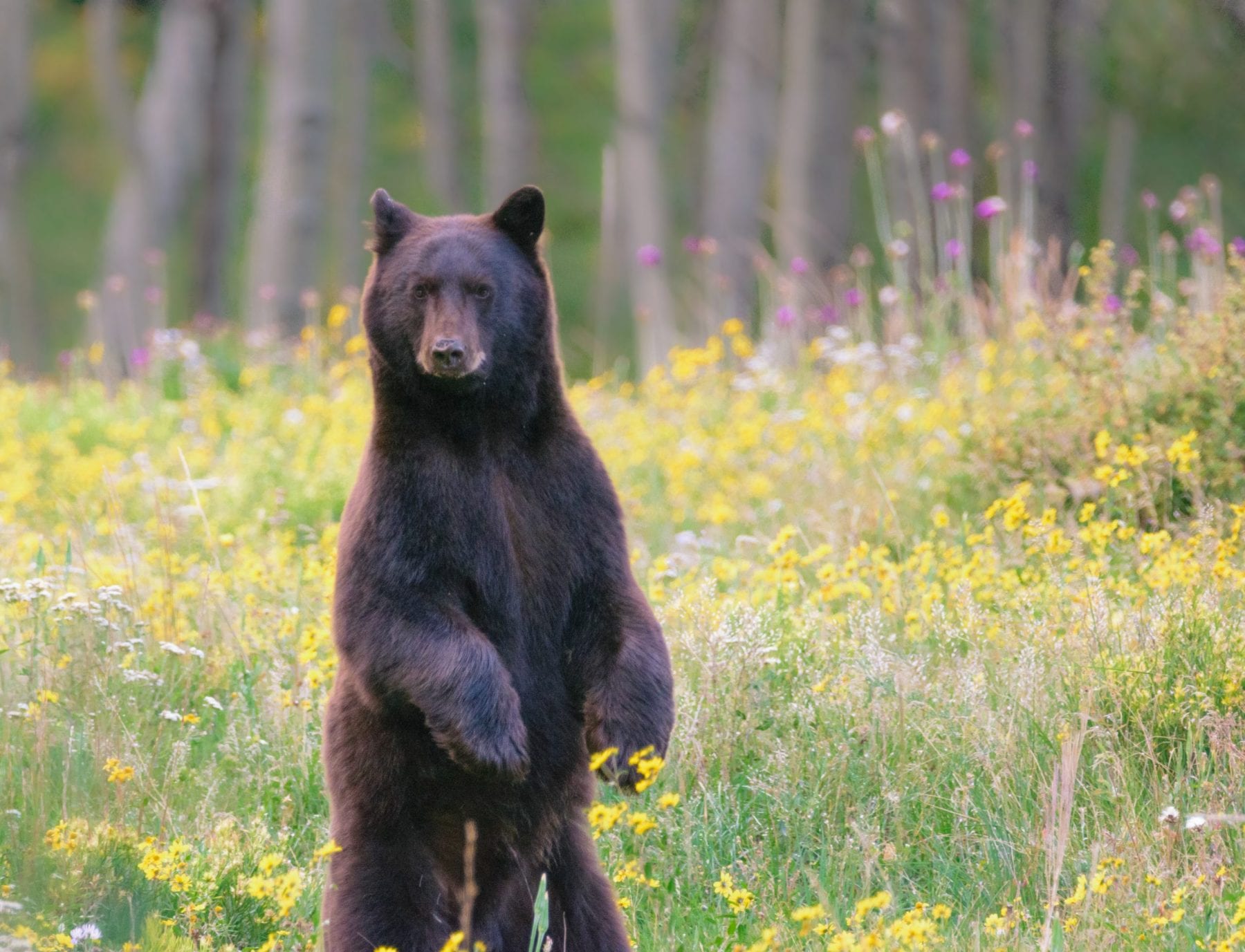 Black bears are out and about. While people enjoy having them around, it’s important to remember that these animals are wild. Sometimes, when you see the bear time and again you may feel a personal connection to that bear. That feeling is probably not reciprocated. Interactions with bears are inevitable to a certain level, so let’s talk about what to do if you see a bear and the steps that you can take to make sure that your home doesn’t become a playground for bears.

Firstly, it’s important to remember that we live in an area with copious amounts of national forest. That means black bears are out there. Hopefully, though if you encounter one you’ll know what to do or how to make your space less attractive to them. Bears will typically live 8 to 15 years. The females can weigh up to 300 pounds and the males over 500 pounds. The females will give birth in their den in late January. Those cubs will stay with the mother until the following spring when she kicks them out.

Bears are omnivores meaning that they eat whatever is easily available depending on the time of year. Their natural diet is berries, fruits, acorns, grasses, insects, and even mammals. Bears can be attracted by the smell of human food if there is not much natural food available for them. Bears are naturally afraid of humans. However, bears that have been feeding on human food lose their natural fear of people, and become a danger. Bears will usually remain in an area where food is readily available, so the best way to make sure that bears don’t move into your backyard is to remove the sources of food.

Never feed bears either intentionally or unintentionally. They will learn where food is available and become a nuisance for you. Make sure that your garbage is in a place that they can’t reach. That means leaving it inside the garage or if you’re out camping hoisting your trash in the air or putting it in a bear proof trashcan. Bird feeders can attract bears because of the high calorie content in bird feed. Bring your bird feeders in when bears are active. Usually by the time bears are active there is plenty of natural food available for birds. Don’t leave pet food out. Just give your outdoor pets enough food for one feeding. If you have a grill, clean and store it after use. Bears will be attracted by the smell of your grill so keep it out of reach for them. And finally, let your neighbors know if you see a bear so that they can take precautions too.

Most bears are not aggressive, unless they have been fed by humans before. Bear relocation is usually not an effective control option. Bears that are relocated might be moved to an area that another bear has already claimed, leading to territory fights, or the bear may try to return to its home and be struck by a vehicle. Relocation is a last resort.

If you do encounter a bear in the open make yourself look big and wave your arms and shout while backing away slowly. Do not get between a mother bear and her cubs. If you are attacked fight back aggressively with anything you can get your hands on. Bears can be dangerous but know that there are no recorded fatalities in Georgia.

If you have questions about bears in our area contact your local Extension office for more information or email me at [email protected].