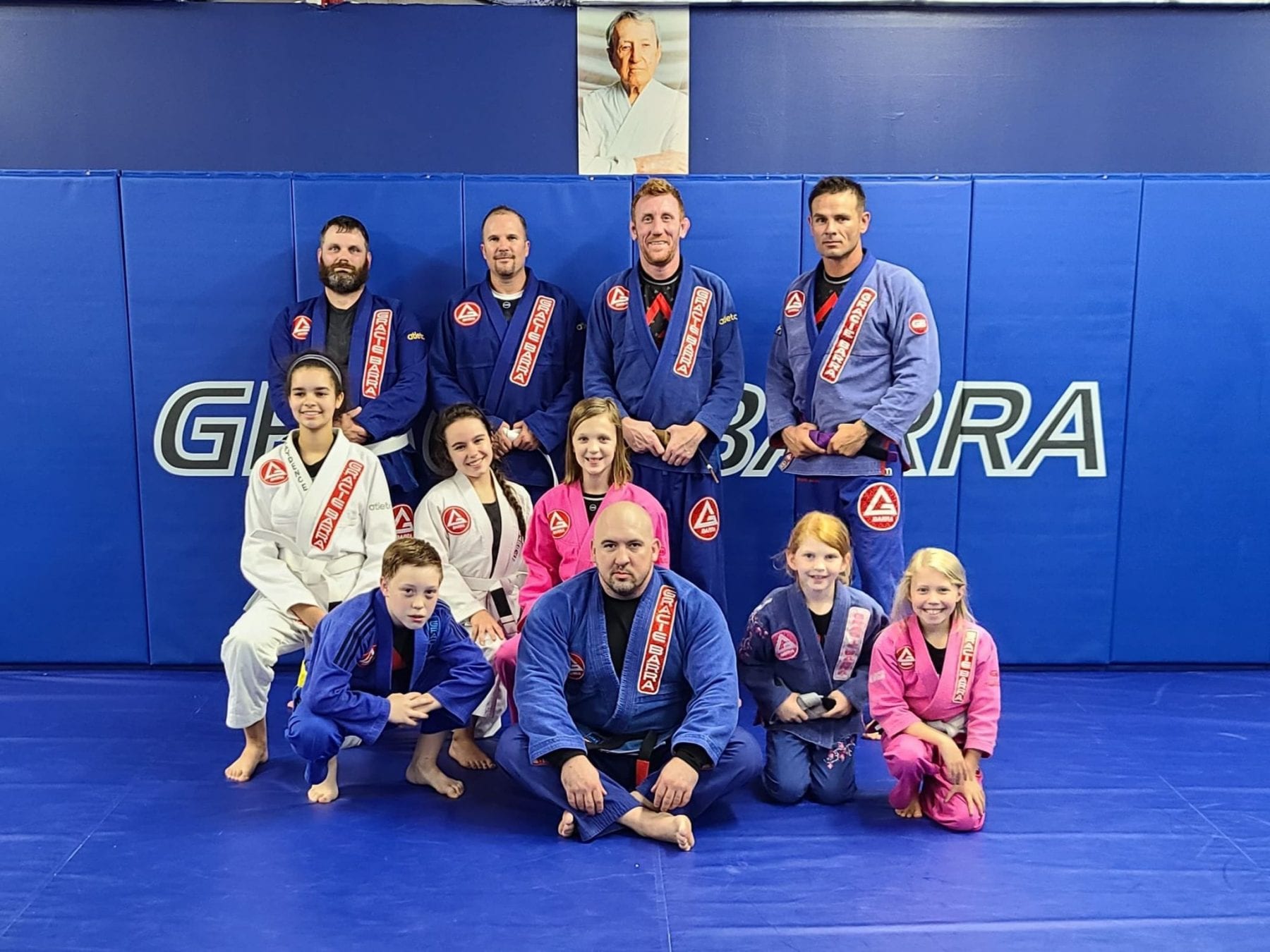 Located in the mountain town of Ellijay, Gracie Barra Ellijay offers Brazilian Jiu-jitsu classes to students of all ages and sizes.  Brazilian Jiu-jitsu is not only a fantastic workout, it is also packed full of strategy and techniques that help students sharpen their minds and develop discipline. Students are continually exposed to situations on the mat that develop character and resilience, as they navigate both victories and disappointments.  Our students are well versed in the idea that self improvement is a lifelong journey, and our instructors and staff are dedicated to creating an encouraging and friendly learning environment for the journey. Known as the”gentle art”,  jiujitsu has been designed to  be practiced by students of any size or age. 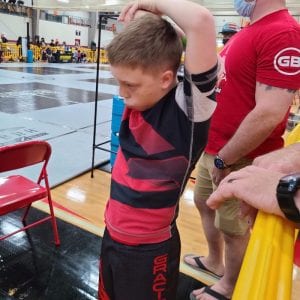 Braelyn, preparing to compete at the 2020 Newbreed Georgia State Championship in Suwanee, GA.

A case in point, one of our most dedicated students, Braelyn Nelson, started practicing with us at the age of 4.  His first instructors were Professor Daniel, and Coach Justin (who is now our head instructor).  Now 11, Braelyn is a force to be reckoned with.  He is both an experienced competitor and a helpful training partner for his fellow students.  He takes his jiujitsu journey very seriously and meets challenges with enthusiasm.
In his spare time, Braelyn meets with other students for extra training.  His goals in life revolve around his training and love of jiujitsu- he intends to earn his black belt at an early age, to own his own school, and to become an MMA fighter. 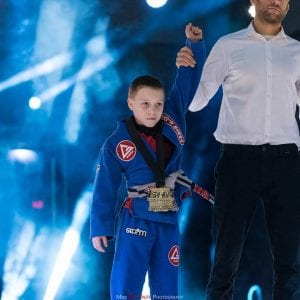 Braelyn states that although he sees each class as an accomplishment, one of his favorite Jiu-jitsu moments was reaching a major goal: winning his first pro-fight in 2019 via arm bar in 12 seconds. 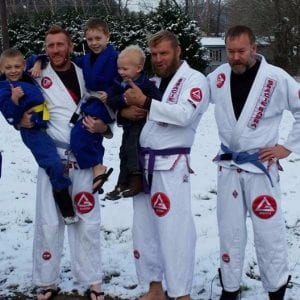 Braelyn, third from left, being held by Coach Justin. 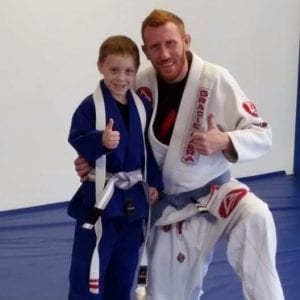 Braelyn’s 1st belt test.  Everything in town was closed due to the snow but a few dedicated students and instructors were determined to conduct the test and afterwards, a snow ball fight. 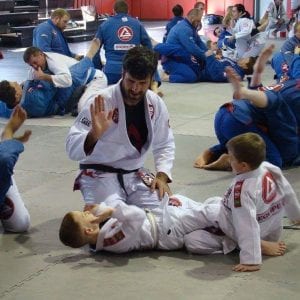 Braelyn (on his back) receiving a high five from renowned Professor Rolles Gracie. 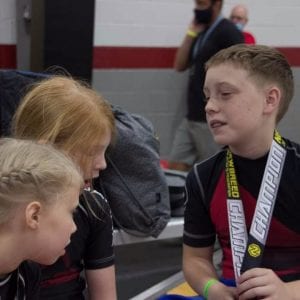 He says that what he likes most about Gracie Barra is meeting new people and making friends.  Now they are his family too. 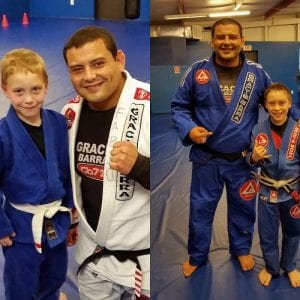 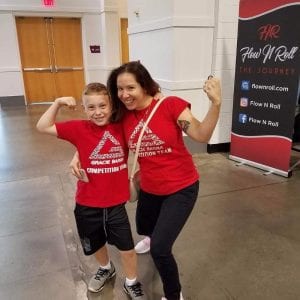 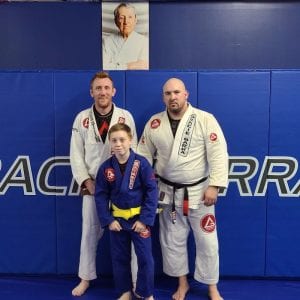 Braelyn, front, with two of his instructors at Gracie Barra Ellijay. Coach Justin Guise, left, and Professor Scott White, on the right. 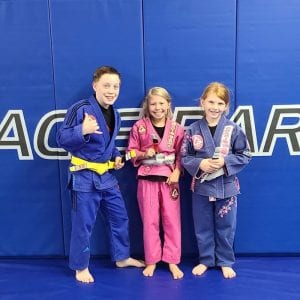 Braelyn, left, just after his recent promotion to yellow belt. Also pictured are Emma Lowman, center, and Maddie Harper on the left, having received new stripes on their current belts. We love promoting our hard working GB Kids!

You can never be too young to begin training in Brazilian Jiu-jitsu, as illustrated by Braelyn’s early start.  Some of our other students can also confidently state that you can never be too old!  It’s a beautiful truth about this wonderful sport.  Braeyln states that Jiu-jitsu has taught him discipline, respect, and determination.  We can all stand behind, (and benefit!) from that.