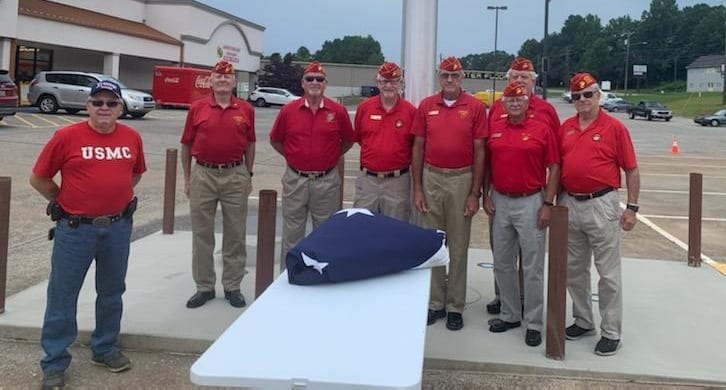 JASPER, Ga. – Today marked a special day for veterans in Pickens county as the VA Clinic not only celebrated Independence Day, but honored the day and the location as they raised, in dedication, a new flag on their flagpole. 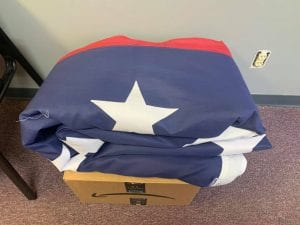 The American Flag was custom made by Annin with 100 percent American made materials according to the Va Clinic’s statements online. They said Annin was established in 1847 and is the largest and oldest manufacturer of flags in the world. Their flags draped Abraham Lincoln’s casket, were raised at Iwo Jima, and have flown to the moon.

The flag measures 30 feet by 38 feet and was raised on a 90 feet tall flagpole. Owner of the VA Clinic Building, Supervisor of the property, and the man who purchased and built the flagpole in front of the clinic, David Shouse said the event went far better than he expected as they filled every parking space and even had more parking on a nearby hill. 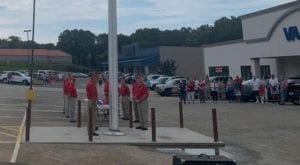 However, Shouse said that the larger flag was not supposed to be delivered until August. But as the times aligned, and they were able to have it delivered last week, they pushed for a more meaningful day, July 4, 2020. Independence Day would become their day of celebration and dedication, for just as we celebrate our freedoms, our independence, and our rights on this day, so too would this day hold meaning for the clinic, and for the flag flying outside of it. A representation that Shouse said would mark a “modern VA Clinic that will provide local care to our veteran’s that have waited so patiently for something they deserve.” 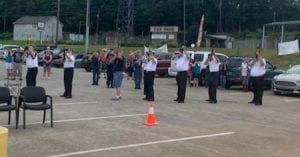 The VA Clinic serves local veterans in, according to Shouse, a community with the largest veteran demographic population in the county and serving those veterans is a necessary service for such a place.