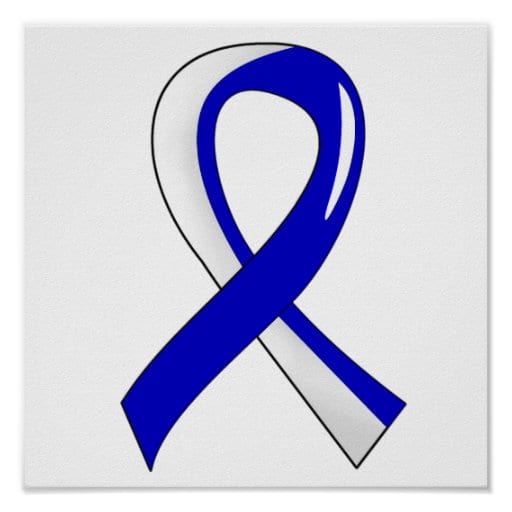 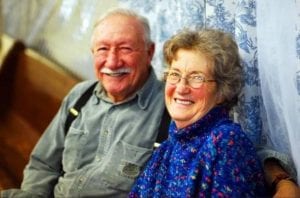 Harlan and Aileene Pierce. Aileene lived 16 months after being diagnosed with ALS, a motor neuron disease that affects the muscles. Harlan passed away in November 2019.

ALS steals everything but the mind, was the sentiment of Anita Pierce Patterson, who watched here mother battle the disease, also known as Lou Gehrig’s disease.

Her mother Aileene Pierce, died in 2011, after a three year battle with the disease.

ALS or Amyotrophic Lateral Sclerosis attacks the motor neurons which deliver messages from the brain, through the spinal cord to the muscles and vice versa. There is no cure for the disease and th average survival time is three years, but some can live five, 10 and even 20 years. For more facts about ALS, visit  clin

Anita said they first noticed the symptoms in her mom during Christsmas in 2008, when she fell and stretched her hamstring. During rehabilitation, she developed foot-drop, a classic ALS symptom.

“She had all the symptoms, but it took us a while to find a doctor who would look at all of them collectively.”

Anita said when she married in November 2009, her mom needed a cane to walk because of the foot-drop and she started having trouble with her speech.

“We’d talk several times a day because they kept my child,” Anita recalled. “If I talked to her at the end of the day, I couldn’t hardly understand her. It was almost like she had a mouth full of something.”

She said family reached out to her because they couldn’t understand her, either and her mother lost an enormous amount of weight.

Still, ALS wasn’t their first thought because Aileene was a cancer survivor, having battled and beat liver cancer in 1998.

“We were concerned the cancer was coming back. When you are a cancer survivor and something goes wrong, that’s your first thought,” said Anita.

But tests concluded she was still cancer free.

Anita said she talked to her dad about having Aileene go for brain scans. 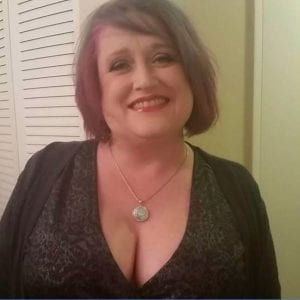 Anita Pierce Patterson shares watching her mother, Aileene Pierce, battle ALS. Her mother had symptoms for years before getting the diagnosis.

“There was a history of strokes in her family,” said Anita.

It was after her mom had an electromylogram or EMG, a procedure where thin needles are placed in different parts of the body and an electrical current travels through certain points. The current is timed. If there are any cranial nerve issues, it will show up.

“She had an appointment to discuss the results for the following week, but the doctor’s office called back and asked her to come in two days later,” said Anita.

“The one constant was ALS,” she said.

The diagnosis was made on Anita’s birthday. The doctor’s said they didn’t see where it could be anything else, but sent her to Vanderbilt for a second opinion. The neurologist there did a complete assessment.

“They told us they wished they had something different, but they were confirming the diagnosis,” said Anita.

About 16,000 people live with ALS in the United States, according to the ALS Association. Roughly every 90 minutes, someone is diagnosed with the disease and some dies because of it.

From there, the decision was made to insert a feeding tube.

“She didn’t need it right then, but if they waited until she needed it, she may not have been healthy enough to have it done,” explained Anita. 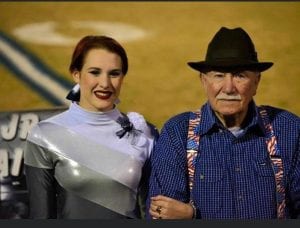 Molly and her grandfather, Harlan. Molly is the daughter of Anita Patterson and wrote a note about her grandmother, Aileene, who died from ALS. The note was read at the funeral.

The transferring of her care to Vanderbilt Health provided care beyond anything they could imagine.

“They were flipping amazing,” said Anita.

She said Vanderbilt had a clinic the last Friday of every month, allowing patients to see all of their caregivers in one day and the list was long: neurologist, respiratory therapist, physical and occupational therapists, speech therapist, pulmonologists, dietitian and any other medical professionals. But, it wasn’t just for the patient, family was included in the day.

“They want 100-percent family participation,” said Anita, adding that in addition to she and her father, two of her brothers, Rick and Andy also went. A chaplain would talk to everyone individually to see how they were holding up and what they needed.

“She refused hospice in the beginning but had home health. She was very stubborn.”

They fitted her with an electric chair, including measuring her so the chair was a perfect fit. For the most part, there 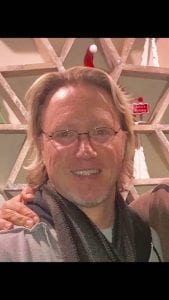 Rick Pierce and Andy Pierce are the sons of Harlan and Aileene Pierce. Vanderbilt, where Aileene’s ALS was managed encouraged families to “be 100-percent involved” so they joined their mom, dad, and sister in her monthly visits.

were no charges to the family, but the family did pay to have an electric wheelchair that would lay back and raise Aileene’s feet, creating a bed if she needed it. Vanderbilt also had an ALS closet where donated items can be taken free of charge.

Home health taught her dad how to administer medication through tube. Aileene lost her ability to talk very early on, and wanted Harlan, her husband there whenever home health was there.

“She could write so that’s how she communicate,” said Anita.

Anita said one of the most gut wrenching conversations she had with her mother was about her inevitable death. As ALS progresses, it causes the muscles to atrophy, or weaken. Eventually, the muscles that control breathing are too weak to work and the patient can no longer breath.

“She asked me if she was going to smother,” recalls Anita. “She was terrified. She said she couldn’t smother, that was her fear.

TRENDING NOW: What else does May bring awareness for? Find out here.

“What I didn’t know was that she didn’t have that discussion with anyone else. But I’m the only one in the medical field and you have to advocate for your patient. When the patient is your mother, you advocate harder. I told her I wouldn’t let that happen.”

Aileene was on a bi-pap machine to help push air in, but the pressure would drop to make exhaling easier. She also used cough assist, which would force air into her lungs and make her cough to help keep her chest muscles up.

“She religiously did everything she was told to do,” said Anita.

Stopping wasn’t an option for Aileene, who Anita said was always busy.

“She tried to convince my brothers to find a way to hook the lawn mower up to her wheelchair so she could mow the yard.

Even as the disease progressed and hospice was brought, Aileene continued to fight. Her father later told Anita that Aileene didn’t think the ALS would kill her 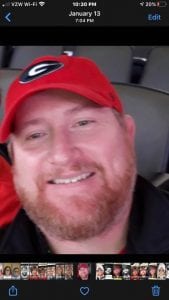 Andy Pierce joined the rest of his family at Vanderbilt every month to learn about his mother’s ALS and how to provide for her.

Aileene continued to fight, even after Harlan called his daughter at work and said she wasn’t herself. Anita arrived to find her mother disoriented. Telling her father it could be a bladder infection, left work to join him and called hospice.

The hospice nurse couldn’t get any urine for testing, leading Anita to believe her mother’s kidneys had already stopped.

The nurse told the family the dying process had begun and it could be hours or up to two weeks.

“Time just — sometimes it moved very slow, sometimes it went fast,” Anita recalled as they called their close-knit family and told them.

Then she had to break the news to her then 11-year-old daughter, Molly.

“Mom had moments of clarity and she recognized Molly,” said Anita, struggling through the memory with her voice cracking.

Aileene couldn’t hold her head up, so Molly took her stuffed polar bear and placed it under her grandmother’s head. She hugged her grandmother and told her that she loved her.

“My mother had not spoken in so long, but she managed to say ‘I love you’,” said Anita.

Even in those moments, though, Aileene fought ALS, struggling to breathe and refusing morphine.

“Then I remembered our conversation, so I leaned over to her,” said Anita, adding she did what she does with her patients, she got in her mother’s face to focus Aileene’s attention on her. “I reminded her of the conversation about her not wanting to struggle. I told her I would not let her struggle. She shook her head. I told her the medicine would stop the struggling. She shook her head and took it.”

That was around 11 p.m. and they moved her to the hospital bed. She passed around 3:30 the next morning, surrounded by her husband Harlan, Anita, and her son, Rick. Andy, her other son, and his wife camped in the living room of their small house.

Her final act in caring for her mother was sitting with her until the funeral home arrived.

“I work with mother’s who’ve lost their babies at birth. They’ve carried this baby, come to the hospital, but they are discharged and their baby stays at the hospital, waiting for the funeral home to pick them up. Those babies shouldn’t be alone. Even if the funeral home hasn’t arrived when I get off work, I clock out and sit with them,” said Anita. “I just feel like have to do that. I wasn’t leaving her.”

Anita said they wanted her funeral to represent who she was-“country, salt of the earth farmer.” The flower blanket for the casket had okra, and tomatoes placed among the flowers.

“I represented my mother in a way I’d never seen,” said Anita. “Her family was her everything.”