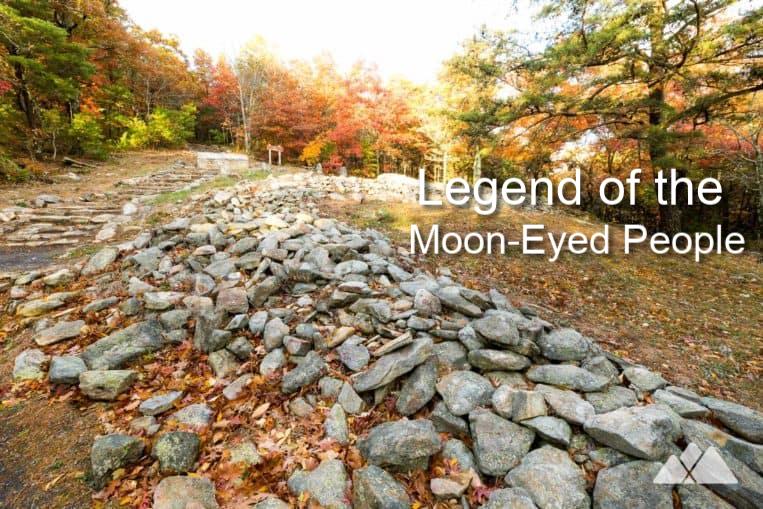 HIAWASSEE, Ga. – Folklore abounds in the mountains of Southern Appalachia, a land where magic and mystery continues to thrive through tales of antiquity, passed along to modern-day generations.One such tale is that of the Moon-Eyed People.According to legend, the Moon-Eyed People were a subterranean race of small inhabitants of a wooded area, dwelling near what is now known as Murphy, North Carolina. Described as having pale, ivory-hued skin and bearded faces, with large, blue eyes that were said to be so sensitive to the sun that they were only able to function by the light of the moon, the clan was aptly referred to as “Moon-Eyed.” 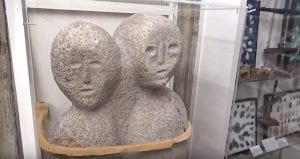 In addition to a soapstone sculpture discovered in a Murphy-area field in the early 1840s, a centuries-old sculpture which is now housed in the Cherokee County Historical Society, a marker acknowledging the legendary little people was placed in 1968 within Fort Mountain State Park, located in Chatsworth, Georgia as well.

Various tales have been told over time, both ending in the expulsion of this mysterious clan to a life lived underground.

One account claims that the Moon-Eyed people were driven from their homes by the Creek tribe from the south. The tale goes that the Creek waited until the light of the full moon became far too bright for the nocturnal cave-dwellers to face, and ambushed them in a moment of weakness.

Another version says that the Cherokee tribe expelled the Moon-Eyed People toward the west, into what became Tennessee, and a more recent theory speculates that the mysterious folks may have sought refuge further north in what is now West Virginia.

Regardless of the origin and the eventual fate of the intriguing clan, the lore of the Moon-Eyed People continues to fascinate the imaginations of young and old. Some renditions of the tale claim that the tribe was descended from early Welsh settlers that migrated to Southern Appalachia.