How does a man go from 13 years in manufacturing at a company called Valenite to being a manager of Gilmer County’s Library, and now on to a Regional Director over the Mountain Regional Library System?

The answer is deceptively simple. One person.

That is the origin story of Gilmer’s now-former Library Manager. One person that many of you have never met, made an impact on your community and your own life depending on how much you visit and use the library’s resources.

It all happened in Central, South Carolina, at Southern Wesleyan University where Lee was attending at the time. He says it was Southern Wesleyan’s library where he met a lady and interacted with her. Over the years, the name has faded with memory, but the experience is what has stuck with him. The seed was planted to explore the idea of choosing the path of a librarian as a career choice. 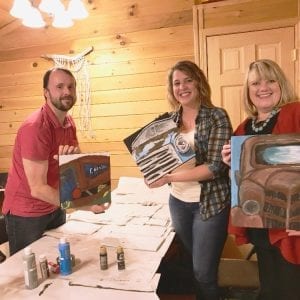 Facing a more difficult transition to be advanced at his manufacturing job at the time, along with feelings that the job wasn’t a long term path he wanted to take, Lee said it was this one person and their interactions that first-ever brought the idea to the forefront and made him explore the options with libraries as not just a place to work, but to become fully certified in pursuit of his life. It was the experience he had with that librarian that just set the idea and he never could have known it would lead to his new position as Director of the Mountain Regional Library System.

Having received his Masters in Library and Information Studies in 2007 from Florida State University, Lee was well in pursuit of his dream before he started looking at places to apply that degree.

He found Eastman, Georgia, in Dodge County and the position of Public Services Librarian. He worked there nearly seven years working through IT, courier services, cataloging, and general library work. Learning through experience the many facets of library work, he eventually hit another point where advancement wasn’t readily available.

As he recalled his first impressions of looking into the job, Lee smiled as he said, “It was exactly what I was looking for. When I first got into the community, I had in mind that it was smaller than what it was. When I drove up here, I was pleasantly surprised.”

Lee said he found a community that was growing and a “phenomenal” facility. He saw the potential and further uses the facility had, he saw a chance to take himself and the library to the next step up. 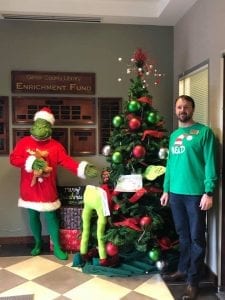 It was not a long deliberation according to Lee as he said he was anxious to move here and when the job was offered. It felt like coming home. Lee said the county is very similar to his own hometown Walhalla in South Carolina, also in the foothills of the mountains.

Stepping into the role for Gilmer County in late 2014 had challenges of his own. Libraries have changed over the years. Maintaining a modern philosophy in the social environment that massive increases in technology have changed the face of libraries that are trying to maintain a pace with it. Lee holds that philosophy as he took Gilmer along that option of maintaining the pace.

But managing is more than just budgets and boards. Taking on projects, adding experiences and events, coordinating with groups and organizations, working alongside both the local Board of Commissioners and State Representatives like House Speaker David Ralston, all of these “moving parts’ as Lee calls them, coalesce into a community that has supported the library. Yet, that community needed a nexus, a guiding hand and a driving force.

“You have to be patient…” says Lee. Projects and new ventures don’t always progress at the speed you want. Understanding that while maintaining a vision of the end goal translates through everything from day to day operations to large multi-year projects like the new expansion.

The basement expansion has been a five-year project for the library encompassing everything he has learned and gained over his career.  Coordinating multiple entities through the library, Lee said, “Everyone understood that, yes, it’s a long process. There are some bumps in the road. But ultimately, when it was done, it was going to be worth the effort.”

The project had its own issues and trials, but maintaining the motivation to achieve something great for the community to take advantage of was the part that was worth it. Even now, as he leaves, Lee says there is still more that the library can do with the expansion, more to add, more to give. 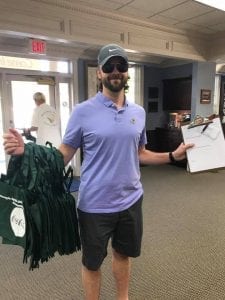 In essence, Lee’s entire time at the Gilmer Library has been one big project. A project to upgrade, update, and, ultimately, upload this facility into a culture that is not bound by physical locations anymore.

Lee said that most libraries saw a spike in visitation during the recession. But when you saw a change in the economic climate, you saw changes in how communities use the space and the resources the library has available.

One of the changes needed, and one that Lee said Gilmer has answered, is ramping up in programming and utilization of a communal space.

Computer access is only a part of addressing the community’s needs. Space is another part. Programing another. Under the umbrella of services, libraries embracing this “modern philosophy” and adapting to the changes have had a lot of work to mold themselves into something new.

The greatest example of libraries changing that Lee has noticed has been a move away from the “hush society.”

Lee said, “Everything was always kept quiet. Everybody would “Shh! Shh…” We don’t really embrace that culture anymore. Libraries are not only a place that contain content, but we are also a place where we create content. That has become a very modern theme in libraries. We embrace a ‘maker’s society.”

Utilizing tools like 3-d printers and tablets, creation and content have exploded into new areas. Gilmer has even utilized virtual reality in events over the years as they don’t just teach, but show new worlds. New experiences. New horizons.

You can still find the introspective areas, places where you silence your cell phones and keep conversations low, but Lee says that the new age of Gilmer’s library is about growing meaningful conversations about topics through their events, classes, and showcases.

“We want to be a place of community, and community requires people socializing, people talking,” says Lee. 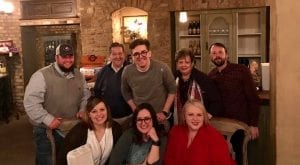 The library has its own bookstore, game nights, and other programming now. And just as the library provides space and support for these new ventures, the community provides volunteers and support through organizations like Friends of the Library.

Taking the time to create and foster those connections has been just another facet of the nexus position that Lee has taken hold of. Lee gives all credit to his staff through their efforts and over the years through positions of Youth Services Coordinator and Adult Services Coordinator. Lee said that he wants to be responsive to the community and its wants, building a great staff has been another part of that project to not just find the right person for the job but to “take a step back and put your faith into your staff.”

Lee said it is all about knowing that they know their trade and their job, and the results that Gilmer has gotten, the response it has seen speaks for itself.

Leaving the Library has become a little bittersweet, as is to be expected after so many years. But Lee says it’s not the building, or the projects, or the tasks he is leaving behind that makes it so. It is the “totality” of the region and the organization. Having a lot of great relationships and having built a great staff are the two major factors. And changing from a single library manager to Regional Director requires a much different view of things.

Once again, a crossroads has come. “It’s time for me to take the next logical step in my career,” he says. While he wasn’t actively looking for something, the opening of this new position was not something to be passed on. He goes on to the Mountain Regional Library System covering Fannin, Union, and Towns.

“It requires a whole other level of trust,” says Lee as he explains much of the time, he won’t even be in the same building as his people.

He still wants to focus on those experiences for people and “making the pieces fit together,” but said one of the big challenges in that goal is understanding how every decision can both benefit and complicate different branches in different ways.

Taking on a whole system, creating commonality and familiarity across multiple branches while maintaining each community’s own personality is the next challenge. Meeting the people and supporting the branches to cater to them and the experiences they want is simply a step along the way.

Ultimately, its about people. Lee said that a successful library becomes a molded image by the community it serves. Creating that opportunity is simply how another librarian gets the chance to create that interaction that young man receives. That interaction is the spark that makes him think about taking a career as a librarian. That career choice is what creates the man that Heath Lee has become as he steps into a new position as a Regional Director.