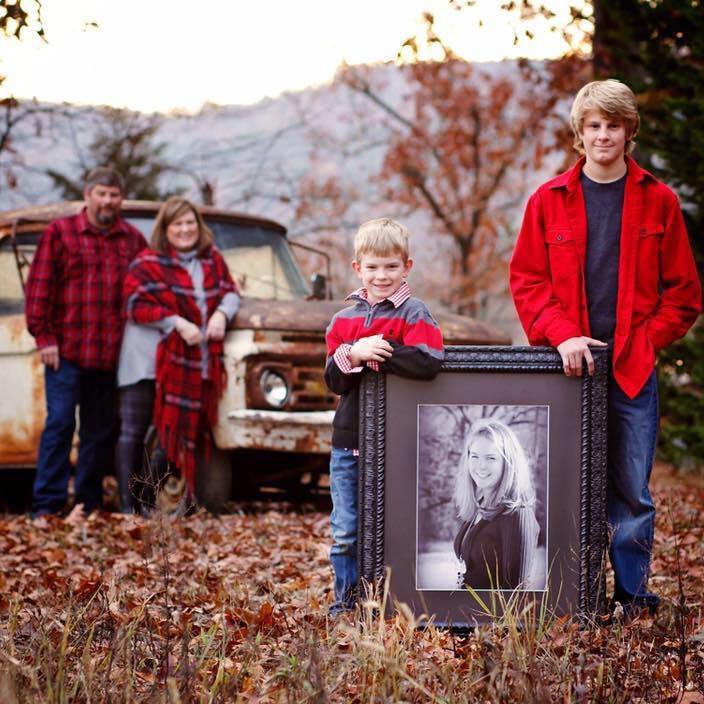 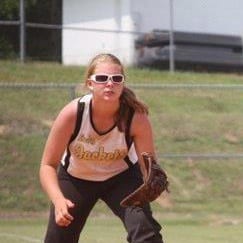 One of the last pictures of Jessie, taken the day before she died in 2012. Jessie had a seizure in the early morning hours.

Sunday morning, August 26, 2012, started like any other Sunday for the Raines family of Gordon County. After a weekend of softball games, the family of five planned to go to church at Covenant Life Worship Center in Chickamauga.

Instead, the day became a parent’s worse nightmare. A typical day slowed to a near stop, a blurry stop.

“Josh went upstairs to wake Jessie up for church,” Julie Raines said about her husband and 13-year-old daughter. “Then I heard him yell at Jake to call 9-1-1. I thought something was wrong with Jake.”

Jake, at the time nine-years-old, was fine.

“She had a seizure and when Josh found her, she was on the floor.” Julie, normally quick with a smile, broke down, the pain evident in her teary brown eyes. “I never heard her.”

Jessie, quickly making a name for herself in softball and basketball at Calhoun Middle School, started having seizures the year before, but they had stopped. Countless tests and doctors visits found nothing, so the doctors chalked it up to hormones. The seizures stopped and the Raines thought they were in the clear.

Instead of planning for the next softball game, basketball season, eighth-grade dance, Julie and Josh were planning to bury their daughter.

July is Bereaved Parents Month and for parents forced unwittingly into this club, the social awkwardness is understandable, but can be painful, too. Julie asks them to be patient. 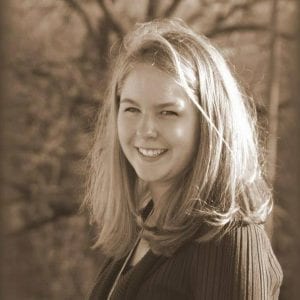 Jessie Raines was making a name for herself at Calhoun Middle School where she played softball and basketball before her death.

“Your family and friends love you and they want you to be your normal self, but there is no normal. You don’t know who you are or what you are supposed to do or feel,” she said. “I wish people knew we had a hard time for a long time.”

Because Jessie was so active, their life had been a whirlwind. Then, suddenly, there was an emptiness. 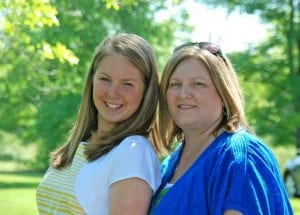 Jessie, left, and mom, Julie. July is Bereaved Parents Month and July said talking about the memories helps her.

It might seem uncomfortable to hear stories and memories about the deceased child, but Julie said it’s important for parents to hear that their child is being thought about.

“Avoiding is not healing,” she said. She quickly amends her statement. “You don’t really heal, you just find a new normal.”

Julie added that knowing that it makes people uncomfortable sometimes makes her feel guilty for talking about Jessie.

“But don’t be afraid to bring up our child,” she said. Now, Jake, 18, and Joey, 10, are growing and Julie worries about them both. She worries what kind of impact seeing his sister on the floor and calling 9-1-1 had on Jake. Joey was so young, not even two, when Jessie died, she wonders if he remembers Jessie or simply remembers what he’s heard about her. 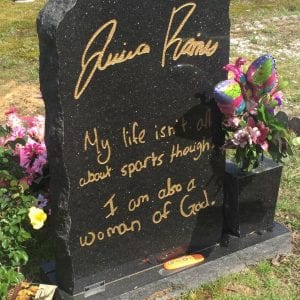 Jessie preached her own funeral. The pastor read an essay she wrote three days before her death as a school system.

“Jessie was light,” said Julie. A black and white portrait on the fireplace shows a beaming Jessie, long blonde hair teased by the wind. She looks older than her 13-years, and Julie recalls that at the beginning of eighth-grade, Jessie was pushing six-feet.

Although many pastors will claim that a person preaches their own funeral, in a way, Jessie actually did.

School had started back the Thursday before she died and one of her assignments was to write an essay about her summer memories, her family, and her goals.  She wrote about softball, playing softball, her family, and wanting to either go to Georgia Tech, Lee University, or Alabama, because they weren’t Georgia. The pastor read it at her service. And on her headstone is carved a sentence from that essay.

“My life isn’t all about sports though. I am also a woman of God,” it reads in her own handwriting.

Julie recalls Jessie’s faith. “Her goal was to get her (travel) team to pray before the game. They would pray after, but not before,” she said. “Jessie told them ‘you don’t pray after the war, you pray before.’ She finally got them to pray before.”

What was amazing, though, was Jessie, who played first, and the pitcher, who sometimes played first, clashed. When the team finally prayed before the game, the pitcher hung back, out of the circle, and Jessie reached back and pulled her in. It’s holding onto those memories that make the pain bearable, even though it will always be there.

Julie started the Jessica Raines Memorial Scholarship and holds yearly fundraisers to present two scholarships to students. She tries to hold a softball tournament or work with existing tournaments to earn the money.

Julie continues to stay in touch with Jessie’s closest friends, including catching some of the games of her closest friend, Janna Johns, who recently played for the University of South Carolina, but transferred to Oklahoma. 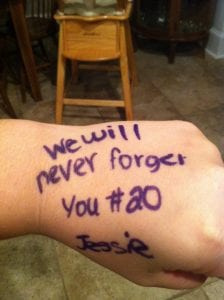 Julie didn’t say it, but it was apparent by the affection in her voice that Jessie’s teammates remembering her meant a lot and gave her more memories to hold onto.

“Coach Diane Smith said that group was going to be her state champions,” she said about Jessie’s team, when they were still playing recreation ball.”

That team did indeed become state champions, in what was Jessie’s eighth-grade year. But, the team, and Smith, were quick to tell Julie that Jessie was there.

“They got Jessie a ring and gave it to me. They did that every year they won state.”

“She had so much ahead of her,” said Julie. “It’s heartbreaking.”

She said she’s found comfort in the Bible, particularly Psalm 116:15.

“Precious in the sight of the Lord is the death of his saints.”