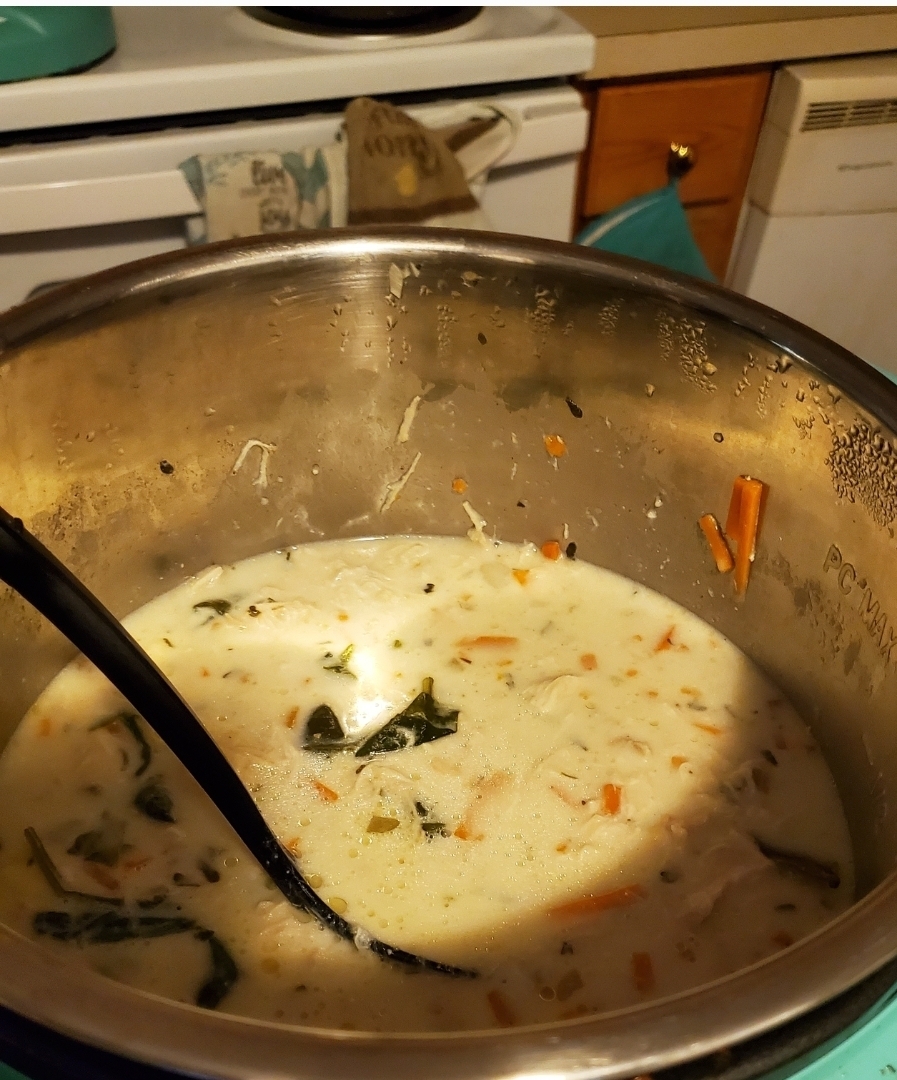 This soup is a copycat of the Olive Garden chicken and gnocchi soup and while it isn’t quite the same it is the one that I’ve found comes the closest to having homemade Olive Garden without actually going there. Olive Garden is my favorite restaurant but it is kinda pricey, especially with the extra gas needed to travel to the closet one. It’s taken me years to find a recipe for the chicken and gnocchi soup that even comes close to that one, and it’s been very frustrating.

This recipe I found on Facebook and honestly I was hesitant to even try it due to not having the best experiences with Facebook recipes in the past. The link to the original recipe is here https://www.themagicalslowcooker.com/chicken-gnocchi-soup/?fbclid=IwAR1O8WXUYURkwLNyJzDf5EYLnUQb7ZBPX45NZAJD9XihA-pwZKRTZPyTqww. This was the first time I’ve tried this one and it was pretty worth it, I have to say.

My boyfriend even liked it however he has also liked every variation of this recipe that I’ve tried. He’s told me countless times that no recipe I try is going to live up to the standard because I know it’s not from Olive Garden and I’ve finally accepted that he is in fact right. Maybe that’s why I’m willing to admit that this is the closest one I’ve found.

I also added a touch more parmesan to my bowl before eating because I’m definitely the person at Olive Garden that ask for extra cheese on my gnocchi. My boyfriend did not add to his so it can be served either way. 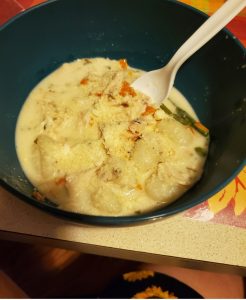 My bowl with the extra parmesan.