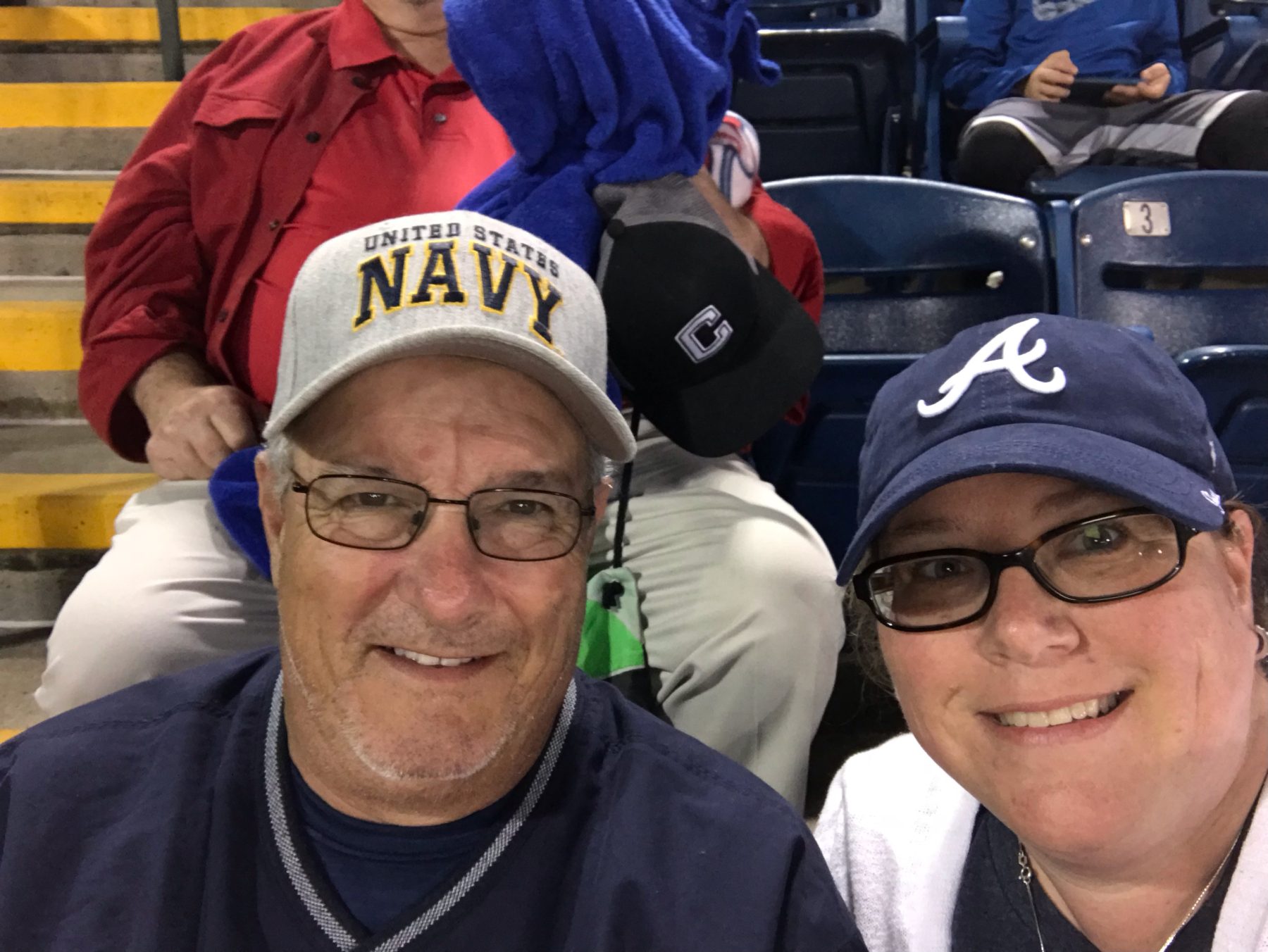 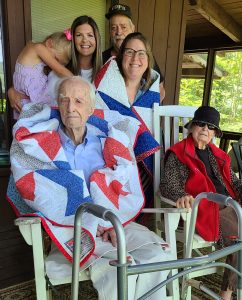 Shannon Kidney with Thomas Sullivan each were awarded a Quilt of Valor. He is sitting next to Shannon’s Grandma Willy.

For Shannon Kidney, military service taught her that the only limitations she faced was herself. It wasn’t just a lesson she learned at Fort Jackson, South Carolina, where she went to basic training or in Japan, or at Fort Belvoir where she was eventually stationed. The lesson literally began at birth.

“My entire family served,” she said.

Her mother, Jean, was active duty in the Navy and served in the Air Force. Her father, Thomas, was a SeeBee, the Navy’s famed Construction Battalion.

In addition to her parents, her step-mother, and aunts have all served.

“I grew up around it,” she recalled.

Military lessons at a young age

Kidney recalls when she first realized how deep the bonds of serving went and how she wanted to be a part of it.

“We were in Virginia and were visiting the the (Vietnam Traveling Memorial Wall),” she said. “I was about 10 years old and this huge storm came up.”

She said her mom rushed her back to the car and from there, she saw what it meant to serve.

“I just remember watching these veterans hold the wall up during this storm,” Kidney said. “I wanted to be a part of something like that. Something bigger than me.”

Her own military service 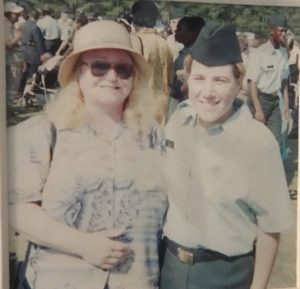 Shannon Kidney, right, and her mom, Jean, at her basic training graduation from Fort Jackson, SC. Shannnon said had her mom not passed away, she probably would have stayed in the Army.

Kidney enlisted out of high school and served four years in the Army as a Pharmacy Tech. She learned later her experience as a pharmacy tech was much different than those in the civilian world.

“We didn’t have (a pharmacist) with us constantly. Sometimes, it would just be me handling all of the drugs.”

By the time she went to nursing school, her experience “in the field” taught her some of the lessons in the curriculum. She happily shares the benefits with young nurses who ask about her service.

“I tell them when they get the degree, to commission and do it while they are young when they can travel and experience the world,” she said. 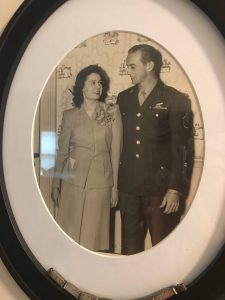 Shannon’s beloved “Grandma Willy” was also a veteran and lived in Japan after World WarII. She is pictured here with her husband David Yates.

Recently, she and her grandmother’s boyfriend shared the honor of being awarded a Quilt of Valor. The Quilts of Valor Foundation awards quilts, made by hand or machine, to those who have served. Thomas Sullivan was turning 100 years old and had served in Korea and World War II. When Kidney inquired about nominating him for a quilt, she learned she was eligible for one, also.

Sharing the tradition of service with her mom, grandmother, step-mother, and aunts, including an aunt she never knew until her mother died, is important to her identity.

“I’m proud to part of this legacy,” she said.

The bonds formed in service are tremendous and life-long. Kidney shared that when her mother was in her final days, her battle buddy-essentially her roommate at basic training and beyond-was able to get leave to be her support.

“Her commander told her to put my mom down as her aunt because he knew how important our relationship was,” she said. 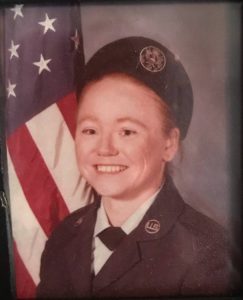 Jean Kidney, Shannon’s mother, served in both the Air Force and Navy.

One downside to leaving the military is losing that kind of support, said Kidney. She hopes to provide that support to other women veterans.

She is a member of several organizations working to provide a community for women veterans.

“It’s a way to connect,” she said, explaining that the women can ask questions and get answers based on experience, ask for help, or even meet up.

“The number one suicide prevention is having some ‘get’ you,” Stevens said. 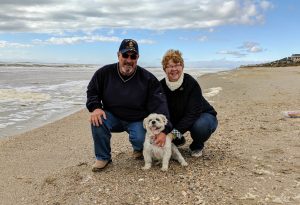 Shannon’s father, Thomas and step-mother Robin, both served in the military.

In 2019, 6,261 veterans committed suicide at a rate of more than 17 a day, according the Department of Veteran Affairs.

Women veterans are 1.8 times more likely to commit suicide than their civilian counterparts, according to the Military Times.

Kidney also said she is part WOVEN, Women Veterans Network, an organization that fosters community between women veterans both online and in person.

“You can mentor those getting out of service,” said Kidney. “It’s really good for those transitions and I’ve enjoyed it.” 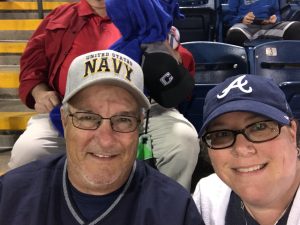 Shannon Kidney, left, with her father Thomas Kidney. Her father retired after 20 years as a Navy See Bee.

Kidney. “It teaches endurance and is a great foundation.”

She said even though women still face certain challenges in service, it’s humbling to see how good they have it.

“Those older women are really pioneers when you hear their stories,” she said.

And from that experience, she has learned truly empowering lessons.

“You are the deciding factor of your success,” she said. 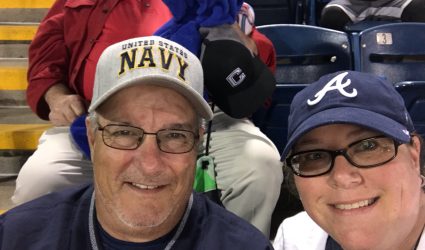 Shannon Kidney, left, with her father Thomas Kidney. Her father retired after 20 years as a Navy See Bee. 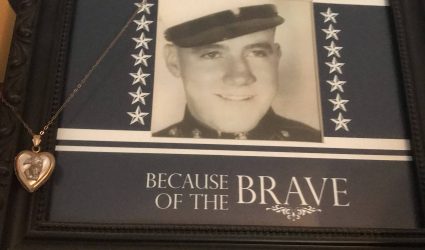 Shannon Kidney’s paternal grandfather is another branch on their military family tree. 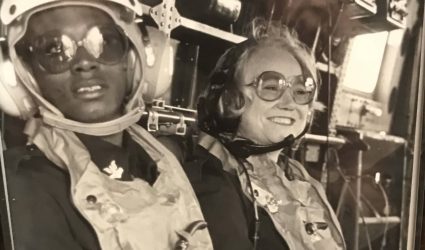 Jean Kidney, right, at one of her re-enlistments. Shannon said her mother was nicknamed “Little Hitler” because of her short stature and no-nonsense attitude. Beneath the tough exterior, though, Shannon said her mother cared for her sailors and she would often wake up on the weekends to find sailors asleep in the living who had called her mom to pick them up after a night of partying. 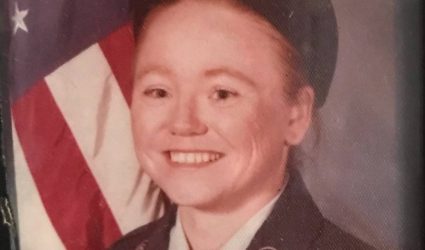 Jean Kidney, Shannon’s mother, served in both the Air Force and Navy. 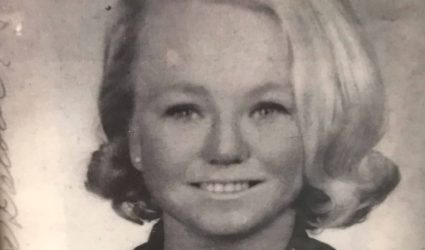 Jean Kidney, Shannon’s mom, was a single parent while she was in the Navy. 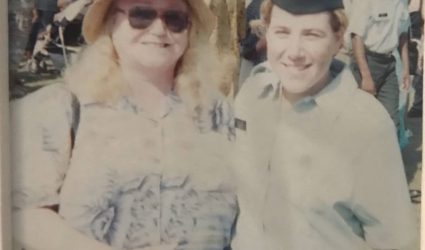 Shannon Kidney, right, and her mom, Jean, at her basic training graduation from Fort Jackson, SC. Shannnon said had her mom not passed away, she probably would have stayed in the Army. 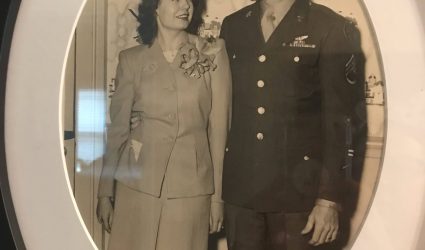 Shannon’s beloved “Grandma Willy” was also a veteran and lived in Japan after World WarII. She is pictured here with her husband David Yates. 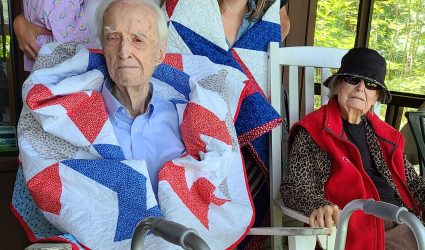 Shannon Kidney with Thomas Sullivan each were awarded a Quilt of Valor. He is sitting next to Shannon’s Grandma Willy. 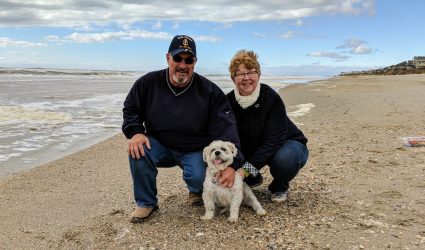 Shannon’s father, Thomas and step-mother Robin, both served in the military.