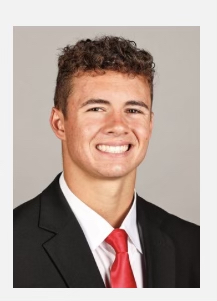 J&W Sports have been keeping a little secret, but it couldn’t stay hidden for long. On Saturday, June 11, local CFP National Champion wide receiver Ladd McConkey will be on hand signing autographs. He will be on-site from noon to 3 p.m.

“I knew him when he was little,” said Wes O’Dell, owner of J&W Sports Apparel. “Now, he’s a lot bigger, grown and has made his hometown proud.”

O’Dell is excited to the former Mountaineer in his store.

“He’s the prize everyone wants to see,” he said.

McConkey, 20, graduated from North Murray High School and is a student at the University of Georgia where he plays wide receiver.

At North Murray High School, he played quarterback, running back, defensive back, kick returner, and punter. He was a three-star recruit and committed to the University of Georgia where he is studying finance, according to Wikipedia.

He was redshirted and his freshman year, scored five touchdowns and had 28 receptions for 430 yards. He has been named Freshman of the Week after Georgia’s 34-10 win over Auburn. In that game, he received 135 yards and had one touchdown. Watch McConkey in action.

According to an event created by J&W Sports Apparel, $40 for autographs and $5 for inscription. O’Dell said he tries to bring in sports celebrities as a way to keep his store in the forefront.

“We’re a small store in a small town,” he said of Chatsworth. “I’ve had about 45 different athletes here to sign autographs.” 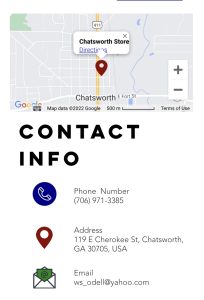