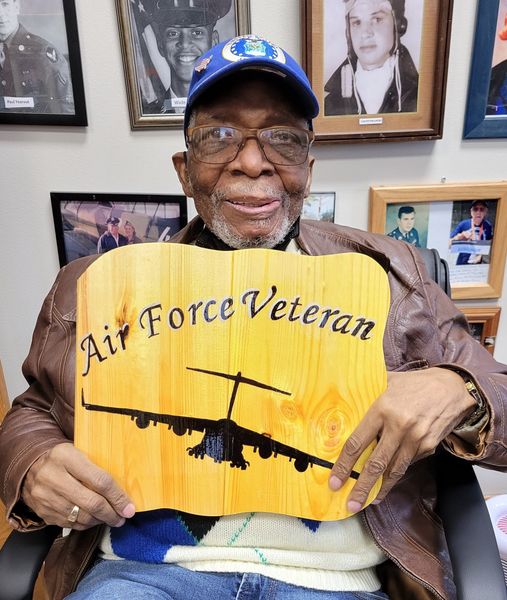 We had a great visit today with Air Force Veteran, Raymond Henderson, Jr!
Raymond will be turning 85 years old in a few weeks! He was born and raised in Alcoa, TN and he attended Charles M. Hall High School. Raymond joined the Air Force in January, 1956 and he served 4 years of active duty as an aircraft electronics and radar repairman. He was stationed at Lockbourne AFB (now Rickenbacker ANG Base) in Lockbourne, OH. Raymond obtained his GED in the Air Force in 1959 from the USAF Institute of Technology. He received his Honorable Discharge in January, 1960.
After serving in the Air Force, Raymond attended community college. He became a police officer and served 15 years with the City of Alcoa Police Department!
Thank you, Raymond, for your service in the Air Force!!! Thank you also for serving as a Police Officer in our community!!! We are glad you are here in Blount County and really appreciate you!!!