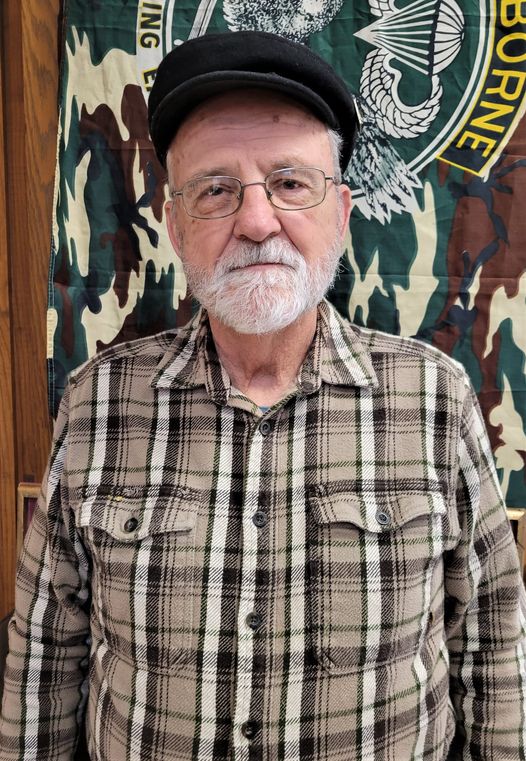 We had a great visit today with Vietnam Veteran, Bernard Lockrem!
Bernard was born and raised in Billings MT and he graduated from Billings Central High School in 1960. He attended Seattle University and was in the Army ROTC. Bernard graduated from Seattle University in 1964 and was commissioned as an officer in the US Army.
Bernard went on active duty in September, 1964 and he served as an Infantry Officer assigned to 2nd Battalion, 506th Infantry Regiment, 101st Airborne Division at Fort Campbell, KY. Bernard deployed to Vietnam 1966 and was assigned to Military Assistance Command, Vietnam (MACV). On November 23, 1966 First Lieutenant Lockrem distinguished himself by conspicuous gallantry in action while serving as an advisor to the 4th Battalion, 12th Regiment, 7th Infantry Division and was awarded the Silver Star Medal. After returning from Vietnam in 1967, Bernard served in an AIT Company at Fort Polk, LA. He returned to Vietnam in 1968-1969 and served with II Field Force. During his two tours to Vietnam, Bernard earned the Silver Star Medal, Combat Infantryman’s Badge, the Bronze Star Medal with 1st OLC, the Air Medal, the Parachutist Badge and many other decorations. After serving in Vietnam, Bernard became an ROTC Instructor at Seattle University. Bernard finished his active duty at Fort Benning, GA, Fort McPherson, GA, and Fort Knox, KY. He received his Honorable discharge in April, 1977 and with the rank of Captain.
After serving on active duty, Bernard began serving in the Indiana Army National Guard and became the state Signal Officer. He retired in 1988 with the rank of Major. While serving in the National Guard, Bernard owned a chemical cleaning business.
After retiring from military service, Bernard lived on a sail boat in Massachusetts and Florida for 12 years. He moved to Blount County in 2007.
Thank you, Bernard, for your service in the Army and the Vietnam War! We are very proud of you and glad you are here in Blount County!!! Welcome Home!!!
Bernard Lockrem Blount County Blount County Veteran Affairs