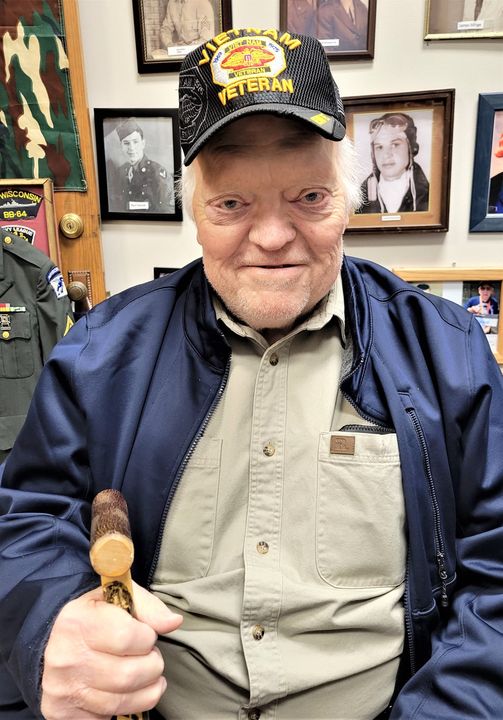 We had a great visit today with Air Force Veteran, Don Presley!!!
Don was born and raised in Maryville, TN. He graduated from Alcoa High School in 1966 and he worked for Alcoa Aluminum Company before joining the Air Force. Don entered the Air Force in November, 1968 and he completed basic training at Lackland Air Force Base, Texas. Don served as a Fuel Specialist in the Air Force and was stationed at Tyndall AFB, FL. He served in Vietnam for one year in 1969-1970. Don was stationed at Charleston AFB in South Carolina after his tour in Vietnam. He received his Honorable Discharge in November, 1972.
After serving in the Air Force, Don returned to Blount County and he worked again for Alcoa Aluminum Company. He retired from Alcoa Aluminum in 2004! Don is very active in many of our local Veterans Organizations!
Thank you, Don, for your service in the Air Force and the Vietnam War!!! We are very proud of you and glad you are here in Blount County!!! Welcome Home!!!