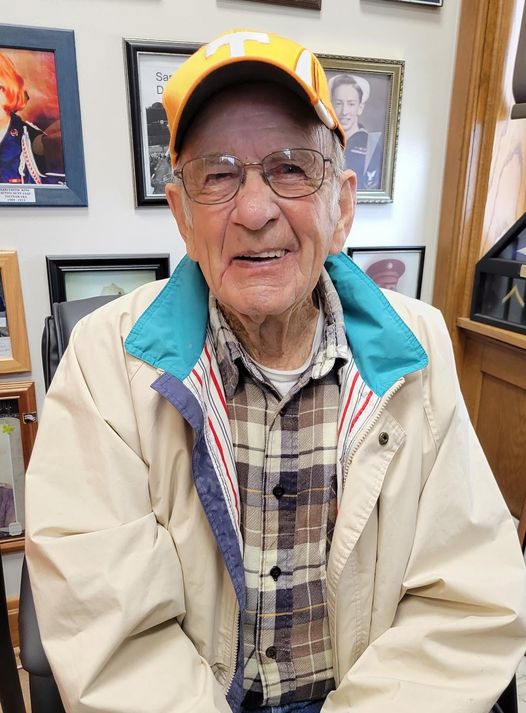 We had a great visit today with Air Force Veteran, Samuel Whitehead!
Samuel was born and raised in Blount County and he went to Chilhowee View School. He received his GED after serving in the Air Force. Samuel enlisted in the Air Force in April, 1955 when he was 17 years old. He served as a Firefighter at Offutt Air Force Base near Omaha, Nebraska. Samuel received his Honorable Discharge in April, 1959!
Samuel moved back to Blount County after serving in the Air Force. He worked as a carpenter with Carpenters Union Local 50 out of Oak Ridge and retired in 1997.
Thank you, Samuel, for your service in the US Air Force!!! We are very proud of you and glad you are here in Blount County!!!! Thank you!!!
Do you have an interesting story you would like to see in Sunday Edition? Email your story to: [email protected]
Air Force Veteran Blount County Samuel Whitehead