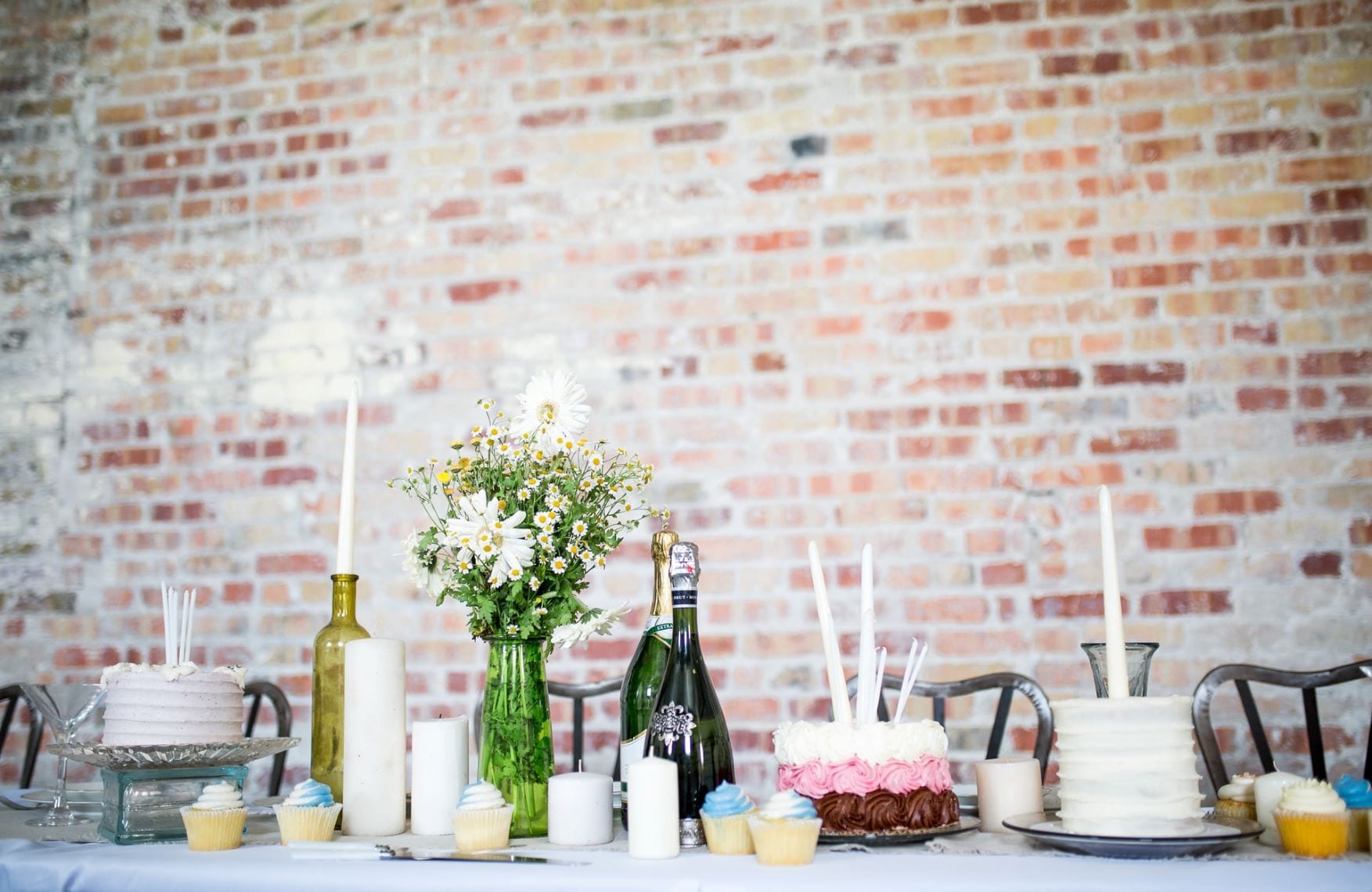 I grew up on the road. Sort of. Yes, during the school year, I lived in the same house that my parents bought in 1963. They still reside there. Summers, though, were a time of carefree, fun, and travel. In the early years, we would camp at Clark’s Hill Lake, now named Lake Thurmond, after the long-serving Congressman, Strom Thurmond Sr. We would also spend two weeks at Stone Mountain, back when the train took you through the woods and the around the mountain with plastic life size Indians and fake bears scattered about. Our two weeks there were based on when the pre-World Series Atlanta Braves had the most home games, but that is another column. 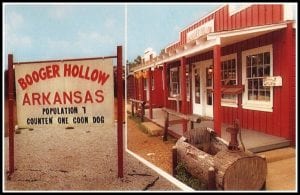 Booger Hollow, Arkansa introduced me to hillbilly vernacular and vittles.

As I got older, pre-teen and teen-aged years and my older brothers grew up and became adults, our travels looked different. We traded the Starcraft pop-up camper for a Dodge Marathon motorhome and because my dad had this crazy work schedule, we could spend four and six weeks travelling. At my beloved Aunt Ollie’s memorial, my dad, known for for taking my mom and her sister anywhere they wanted to go, was affectionately referred to as the original “Driving Miss Daisy.”

One time, we hit Arkansas and the Ozarks. The Ozark mountains have a special place in my heart and had captured my imagination since reading Wilson Rawls’ famous book Where the Red Fern Grows. While the classic was part of my sixth grade reading, his book Summer of the Monkeys was not and I read it for the sheer love of reading. His writing made the Ozarks a wild, exotic place of beauty and danger. In the hot, humid flatlands of South Carolina, I yearned to explore the Ozark Mountains. I recommend both books to readers of all ages.

During this trip, we went along Scenic 7 Byway and found ourselves in the lively, backwoods tourist stop known as Booger Hollow, Arkansas — population seven, countin’ one coon dog. Sadly, the population of Booger Hollow is now zero. The six folks and one coon dog having either died, or left, but the bones remain and it’s considered a good stop on the Abandoned Arkansas website.

What I remember most was the books they had, and the coon skin cap — I was very much a tomboy in those days. A tom-boy and nerd all rolled up into one girl. The crude paperbacks with hillbillies drawn on the front and the atrocious spelling of backwoods vernacular fascinated me and pulled me. Ghost stories, funny stories about Granny and moonshine, and recipes.They were stacked in spinning carousels amid t-shirts, carved hiking sticks, rudimentary sling shots and the like to support the Ozark life.

Cook of the week

Oh, the recipes. . .I’d long forgotten how fascinated I was by those until I was looking for recipes for this column. By the way, I’d really like to feature some of our great Georgia, North Carolina, and Tennessee cooks, because I have a mild panic attack every Monday when I realize I need to have a cook of the week.

But I digress. I came across one such cookbook, although not a Booger Hollow one, but one similar from a stash of cook books my beautiful mother-in-law, Angie, gave me. Her people have roots in Arkansas and Kentucky and all over that region and they are undoubtedly the best cooks in the land. 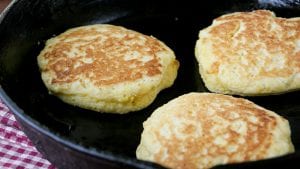 Hoe cakes are by far my favorite breakfast food.

2 Tblsp bacon fat or other shortening

Mix salt in meal, then pour hot water on the mix, add enough cold water to thin the mush till it will pour sort of slow out of the bowl. Add melted fat. Drop batter by spoonfuls on a hot griddle or skillet. Turn till both sides are brown.

This recipe my mama cooked for me whenever I needed extra love. For more of mama’s recipes, check it out here. 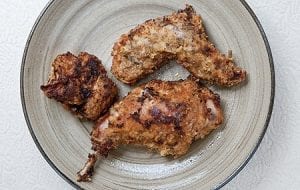 Up until I was six-years-old, I had fried rabbit just about every Sunday at my grandfather’s house. Being quite naive, I assumed my grandpa had rabbits for pets and a love of fried chicken. Never realized until I was older what I was eating. I liked it, though.

Take rabbit pieces, roll cut up pieces in flour, salt and pepper. Brown the meat in four to five tablespoons cooking fat. After that, put in diced onions and lemon juice. Cook till done.

Select hard, green pears. Peel and slice then. Serape ginger root into tiny pieces and squeeze a little lemon juice over it. Cover pears with the sugar and stand for a few hours. Then place them over a slow fire and simmer. Add the ginger root and the juice and grated rind of the lemons. When clear and very thick, remove from the fire and pour into sterilized jars or crocks.

cook of the week Ozark Mountains