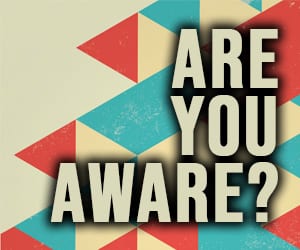 March brings with it thoughts of spring, as winter begins to fade. We become more aware of the world turning green, stretching out before blooming, and breezes that are warm rather than biting.

The month also brings some interesting subjects to be more aware of. There are at least six topics that have staked their claim to March. Some serious, like National Colon Cancer Month, some heritage-related like Irish-American Heritage Month and Women’s History Month, some educational like Youth Art Month, and some quirky like Mustache March and Hexagonal Awareness Month.

So, let’s jump into these Awareness issues and see what the talk is all about.

According to the American Cancer Society, symptoms can include feeling like you need to have a bowel movement but doesn’t subside even after you go, a change in bowel habits, diarrhea, constipation, or a narrowing stool that lasts for more than a few days, bleeding from the rectum, blood in the stool, cramping, weakness, fatigue, and unintended weight loss.

Infections, hemorrhoids, irritable bowel syndrome and inflammatory bowel disease are also common, non-cancerous causes for these same symptoms. Still, if you have these symptoms, see your doctor.

Since symptoms of colorectal cancer appear after cancer has grown or spread, it’s best to be screened or tested even if you don’t have symptoms. This gives doctors a chance to remove possible pre-cancerous growths called polyps. The American Cancer Society recommends talking to your doctor at age 45, earlier if there is a history of colorectal cancer in your family.

To learn more about colon cancer and cancer in general, check out Cancer.org or look for FYN’s Ask the Doc segments under the Lifestyle Section of Sunday Edition. 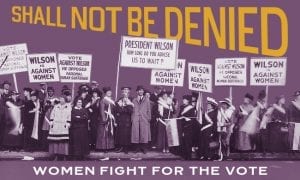 Women’s History Month has been going strong since then.

Children’s Art Month, the precursor to Youth Art Month, was created in 1961 by the Art & Creative Materials Institute to promote the value of children participating in art. It began to include secondary students in 1969, becoming Youth Art Month. Now the Council for Art Education coordinates the program on a national level.

Benefits to children include problem-solving, building creativity, observation, and communication.

So, whether it’s painting, drawing, or whatever medium, break out the art supplies, take a painting lesson, and get the creative juices flowing.

Become Aware at Art Educators or the Council for Art Education.

It’s probably only fitting that Irish-American Heritage Month is March, since St. Patrick’s Day, the American celebration of all things Irish, is also in March.

Interestingly, St. Patrick was British, not Irish. He was kidnapped by Irish raiders. He was taken to Ireland where he was forced to work as a shepherd. Often alone and afraid, he clung to and grew in his faith. After six years, he escaped. Once he became ordained, he returned to Ireland to minister to Christians living there and convert those who weren’t believers. To build repoire with the Irish, he incorperated their symbols and culture into Christianity. The Celtic cross was created when he added the sun to the Christian crucifix.

The pride of Irish is seen every March as rivers are dyed green, beer flows freely, parades march and corned beef is served.

Become Aware at Irish-American Heritage or at St. Patrick’s on History.

The unique six-sided jet stream at Saturn’s north pole known as “the hexagon.”

Yes, it’s a thing. It even has it’s own society. The first recorded observance was in 2012, but according to their website, hexagons may have been celebrated since the early Neolithic era.

Even Saturn is in on the six-sided craze, having a hexagon-shaped tower above its cloud tops.

Become Aware at Hexagonal Awareness Month, at EarthSky, or at NASA. 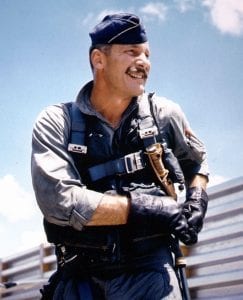 Move over No Shave November, make room for the ‘stache. This movement started as an Air Force tradition to honor Air Force legend Robin Olds. Technically, there are strict regulations on facial hair, but this was a good-natured protest. Olds apparently grew a waxed handlebar mustache which was not in compliance. It became a symbol for the 8th Wing in Vietnam, where Olds served as a pilot.

However, once on American soil and ordered by Air Force Chief of Staff General John P. McConnell to “take it off,” Olds replied with “yes, sir,” and did so.

Become Aware at Mustache March or on Wikipedia.