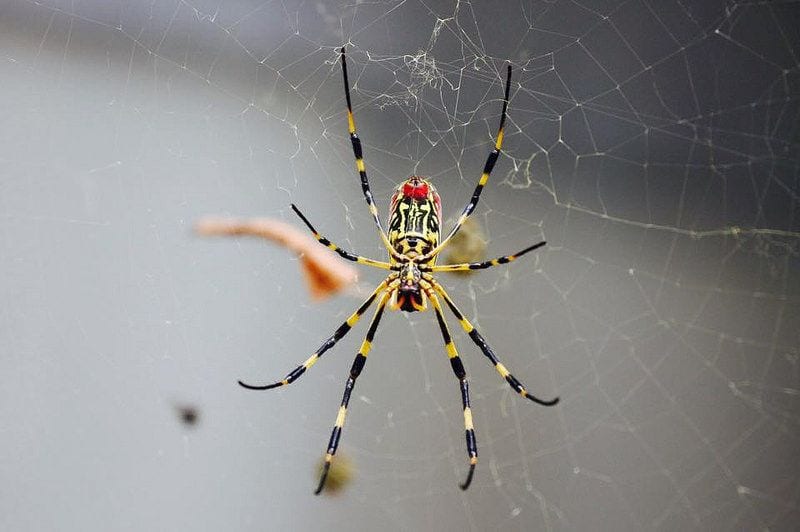 In the spirit of Halloween this year, I want to talk about spiders. When I was growing up either my dad or me always had spider duty for my sister. If there is one in her general vicinity, she wants it dead. She’s actually still like that to this day; I just can’t hear her scream from a state away. The truth is that spiders may creep us out sometimes, but they do a lot of good too. So, let’s talk about spiders.

Spiders are arachnids, meaning that they have eight legs. Ticks, mites, and scorpions are also arachnids. A spider’s body is made up of two parts, the abdomen, and the cephalothorax. They come in a wide range of sizes, but the female is usually larger than the male. The smallest is Patu digua from Colombia and is only one-fifth the size of a pinhead. The largest is the goliath bird eater. It’s in the tarantula family. They weigh up to 6.2 oz. and are almost half a foot long. They’re from northern South America. Most spiders will only live for one or two years, but tarantulas can live over 20 years in captivity. A trapdoor spider in Australia lived to be 43 years old.

Even though we think of spiders as creepy crawlies, they are usually good to have around. Spiders are a general predator, meaning that they will catch and eat a wide number of different insects. This makes them beneficial in the garden. I also don’t mind having them out on the porch, because that means fewer mosquitoes. Most of the time spiders are going to be harmless to humans. Most of their bites are not dangerous for an animal our size. A couple have a powerful bite. The black widow is one that most people know. Black widows are common throughout Georgia. Like most spiders, they are timid and won’t bite unless they’re handled. They are shiny black with a red hourglass shape on their abdomen. They like to make their web in piles of trash and lumber or cracks and crevices around the home. Black widow bites are painful. The brown recluse is another species that has a painful bite. They are not seen as often in Georgia. They like to live in undisturbed areas. They are light brown with a violin-shaped body. A brown recluse bite can cause an ulcer that heals slowly and leaves a scar.

There is a new spider in northeast Georgia from the last couple of years. The joro spider. These are from the golden orb-web genus. They make large webs that have the classic spider web design. The females are black, yellow, and red making them very striking in appearance. They’ll grow to be 4 inches across, including their legs. The joro spiders are an invasive species, but they have not shown themselves to be a pest. They may actually help control stinkbug populations, which are a pest.

If you have questions about spiders contact your County Extension Office or email me at [email protected]. I cannot identify critters from the bite or rash that they leave, but can assist in the identification of an insect or spider if a specimen is brought in.